Your Money: A Baby or Your Money Back: All About Fertility Clinic Package Deals

Your Money
By RON LIEBER

Trying to have a baby with the aid of modern reproductive technology can feel like visiting a gambling parlor with the highest possible stakes. So consider the pitch that many fertility clinics now put in front of people like Kristi and Carleton Chambers.

After several miscarriages, the Leesburg, Va., couple took their doctors up on an offer to hand over $50,000 — $20,000 more than what they might have paid for the in vitro fertilization and other services that they needed at the time. In return, the clinic promised multiple procedures until they gave birth, and if it didn’t work, they would get a full refund.

The catch? If they made a baby on the first try, the practice would keep all their money. That is exactly what happened — to their great joy. After their baby boy was born, the couple eventually signed up for a similar deal and ended up with twins.

Welcome to the fertility casino, which frequently presents the rarest of scenarios: A commercial entity offers a potentially money-losing proposition to customers in exchange for a generous supply of in vitro fertilization procedures. People pay tens of thousands of dollars for the privilege, and when they come out with a newborn in their arms they’re often thrilled to be on the losing end financially.

So who wins? The house. Doctors (and third-party companies that help manage these programs and may take on any financial risk) keep careful track of their data. So they set prices at profitable points given the odds.

Here’s how the house can stack the deck: By admitting only people who have a better-than-even chance of bearing a child early in the process. Those people, however, may not need to pay extra for such a plan, given that their clinics picked them precisely because they were such good bets.

“It’s kind of like the clinic bets on your success, and you bet on your failure,” said Sarah Burke, a Pittsburgh woman who became a parent after enrolling in such a program.

Some of the overall performance numbers of fertility clinics are available in federal databases, but at my request, FertilityIQ, an information clearinghouse and doctor-review service, recently gathered some additional data.

Of the 54 people it found who had enrolled in a baby-or-your-money-back program, 30 of them achieved success not just in the first I.V.F. “cycle” (when doctors retrieve eggs) but on the first transfer — that is, the first time, after retrieval, that doctors attempt to implant an embryo or embryos they created with those eggs. A total of 67 percent were successful in the first cycle, which is at least 20 percentage points or so higher than the birthrate that similarly aged women nationwide experience in any I.V.F. cycle.

So are those two sets of women comparable? Not exactly.

While we shouldn’t make too much out of a sample size this small, FertilityIQ’s founders, Jake Anderson and Deborah Bialis, believe that doctors cherry-pick patients who have a high likelihood of success. According to Mr. Anderson and Ms. Bialis, a married couple who were themselves treated for infertility before becoming parents, medical professionals screen the harder cases out — say, people with more problematic diagnoses or those who are older or have a high body mass index.

That’s what happened to Johanna Hernandez of Marana, Ariz., who — after two miscarriages and struggles with I.V.F. — couldn’t get into a program that offered multiple rounds and a refund. “We’re in such a precarious position,” she said. “At the beginning, there’s no way to know that you’re going to need these programs. But at the end, they just won’t help you.”

Ms. Hernandez and her husband paid for additional à la carte treatment, had one more miscarriage along the way and now have a baby boy.

Another way for doctors to improve the odds of producing more babies would be to implant more embryos during each transfer. The American Society for Reproductive Medicine frowns on this, given the additional risks that come with twins and triplets. It has also warned of this possibility in a position paper on the package deals and refund programs, which are known in the industry as “risk-sharing.” 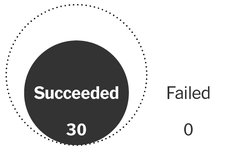 In FertilityIQ’s group of 30 successful subjects, however, 87 percent of the women had two or more embryos implanted during their one and only transfer, which is about 10 percentage points higher than the overall national average. Several parents I interviewed this week said that they did not feel pressured to have multiple embryos implanted, but the commercial temptation to do so in these programs is certainly there.

The head-spinning questions that all of these matters of money, biology and feelings inspire make some doctors wary. At the New York University Langone Fertility Center, one of the busiest in the United States, there are no package deals.

Dr. Alan S. Berkeley, a physician and the clinic’s director, gave several reasons for this. He noted that with each passing year, more people have at least some insurance coverage for infertility, which means that fewer patients would be tempted by a package deal to save them money if they were biologically unlucky. At the same time, treatment and embryo testing have improved, reducing the likelihood of multiple failed transfer attempts and the expense that comes with them.

But Dr. Berkeley and his colleagues also struggle with the language around shared-risk programs and packages of various sorts.

“What you really have here is a patient self-insurance group,” he said. “They band together, and the ones that get pregnant quickly overpay significantly to insure the ones who don’t,” the people who wind up getting refunds.

If a fertility clinic were to present it that way, it would pass muster with Dr. Berkeley (even though it might draw a raised eyebrow from state insurance commissioners who don’t like unlicensed people selling unregulated insurance). “It’s just that in my experience, programs don’t put it quite as bluntly as I just did,” he said.

Nevertheless, plenty of people who have used the programs are glad they were available. The baby-or-your-money-back offering is a popular one, while another type of deal might include, say, a few I.V.F. cycles at a discount if you paid upfront. In that arrangement, there generally is no refund if you do not have a baby, but you might get a partial refund if you have a baby on the first try.

A company called ARC Fertility helps run package deals like these. From a data set of hundreds (it would not be more specific), it said that 47 percent of women in the newest iteration of its program had received a partial refund or were on track to, having had a baby (21 percent) or gotten pregnant (26 percent currently).

Another company, IntegraMed, which does business as Attain Fertility, notes on its website that 80 percent of the people who complete one particular program have a baby. How long does that take? How many people do not complete it, and for what reason? A company representative said that no executive was available to speak.

With most packages, there are often many things that you still have to pay for out of pocket, including prescription drugs and certain tests. And definitions of success may vary, with a small number of clinics defining it merely as seeing a fetal heartbeat or by using some other criteria.

Ms. Burke, the Pittsburgh mother, sized up the large sum of money for a refund program and, together with her husband, considered it this way: If they couldn’t have a child after several attempts, they would get their money back and use it for adoption, or — if they ultimately decided not to have children — for travel. If they needed a few tries at I.V.F. to have a baby, they would have spent less on the refund plan than they would have on à la carte purchases.

And if they got pregnant on the first cycle? Well, that’s what happened.

“You get used to failure after failure, so we were thinking that we were never going to get anything other than what we were already used to,” Ms. Burke said. “We’d dealt with so much heartbreak, and I’ve never been happier to make a bet and be proven wrong.”

All this talk of gambling feels misplaced to some people. “Calling it a bet makes it sound like the endgame is me possibly not having a baby,” said Ms. Hernandez, the mother in Arizona. “But that’s not the case for people in my position. If one way doesn’t work, you will find another, whether it’s donor eggs or adoption. You don’t want to allow yourself to lose.”

Besides, there are sometimes odds that are so long that they never appear in anyone’s book of bets. Ms. Chambers, the Virginia mother, who is a physician assistant, blew through one employer’s lifetime infertility insurance coverage cap — and then some — in the course of giving birth to three children in 21 months using donor eggs.

She figured she was done once her twins were born. But when they were 9 months old and she was 42, she got pregnant the old-fashioned way, on Christmas no less. And on the way to becoming a mother of four, she had some instructions for the medical professionals who would be attending to her: “I told them that I couldn’t believe that I was going to say this, but please tie my tubes,” she recalled. “I’m all miracled out.”