When Companies Lead on Infrastructure, Taxpayers Often Bear the Costs

As President Trump prepares to deliver a speech on Wednesday about infrastructure, his administration is promoting the benefits of having local governments work with private corporations to build, repair and manage the nation’s ailing roads, bridges and airports.

Public-private partnerships, as they are known, have many potential benefits. Companies can complete projects quicker and more cheaply than governments can, proponents say. Letting private industry take the lead can also limit the amount of debt that cities and states need to take on.

Yet in the United States, public-private partnerships represent a tiny fraction of infrastructure spending. On toll roads, for instance, where they have been used the most, they account for just 1 percent of all spending between 1989 and 2011, according to a report by the Congressional Budget Office.

And whatever the advantages of giving the private sector a stake in public works — rather than leaving the government in control — experts agree that while some public-private partnerships may result in near-term savings, there is little hard evidence that they perform better over time.

“There is a significant misunderstanding of the way public-private partnerships actually work,” said David Besanko, a professor at the Kellogg School of Management at Northwestern University. “Taxpayers or users are going to need to pay for private infrastructure just as they need to pay for public infrastructure. You’re going to need to get revenues from somewhere.”

Whether through fees like parking meters and tolls on a road, or through government payments to the contractors, such projects are ultimately supported by taxpayers.

On Monday, Mr. Trump proposed creating a nonprofit corporation to modernize the nation’s air traffic control system. More glimpses of the administration’s plans are scheduled in the coming days, part of what the White House is calling “infrastructure week.”

Variations of public-private partnerships — known as P3 deals on Wall Street — are more common in Canada and some European countries than in the United States.

There is a reason for that. America is one of the few nations that exempt the interest on local and state bonds from federal taxes. As a result, the nation’s municipal bond market is bigger and more developed than in most other countries, and that makes public financing of infrastructure much more attractive, lessening the need for private partnerships.

In the United States, “the P3 market is in its infancy,” said Scott Zuchorski, a senior director in Fitch Ratings’s global infrastructure group, adding that there have already been “some growing pains.”

In California, a public-private partnership was created to ease congestion on bumper-to-bumper State Route 91. The solution was a four-lane toll road installed in the middle of the highway, which was then leased to and operated by a private consortium formed by subsidiaries of Peter Kiewit Sons, Compagnie Financiere et Industrielle des Autoroutes, a French toll road company, and Granite Construction.

Initially the toll road, which opened in 1995, was a success: Drivers paid for a faster road, and it employed cutting-edge technology, allowing for automated collections and congestion pricing.

Over the long-term, serious drawbacks surfaced.

The 35-year lease agreement included a noncompete clause that barred the state from making any other road repairs and improvements — like adding a lane and improving public transit — that might lure motorists away from the toll road.

Orange County Transportation Authority spent a decade in court before having to buy the express lanes outright for $207 million in 2003 so that it could go ahead with a highway and public transit overhaul.

Mildred Warner, a professor at Cornell University, pointed out that private firms and local governments can have fundamentally different interests.

The government has broad concerns such as improving overall regional transportation, reducing traffic and curbing pollution.

The companies have a narrower concern — maximizing financial returns.

“Is there a reason for there to be public control,” she asked. “Is there a public good?”

Nationwide, Virginia has among the most extensive experience with public-private partnerships. Beginning two decades ago, it turned to firms including Fluor and Transurban, an Australian company, to build and operate high-occupancy tolls lanes along the Beltway to and from Washington, D.C.

The Beltway project has helped reduce congestion, and the state government avoided taking on more debt. 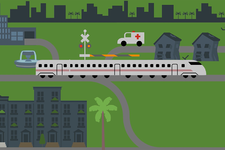 Interactive Feature | This Is Your Life, Brought to You by Private Equity Since the financial crisis, the private equity industry has become hugely influential. Here’s how it plays out in your daily life.

Consumers still pay tolls, however. And if the number of car-poolers is too high — thus depriving Fluor and Transurban of tolls — the state is required to reimburse the companies.

Arrangements like this in which local governments essentially guarantee their private partners substantial payments are not uncommon, and leases that extend beyond the life of the project can also divert extra revenue from the public to the private sector.

The state of Indiana had to pay the private operators of a troubled toll road — one of the first big public-private partnership deals in the country — nearly $450,000 because it waived tolls during a dangerous flood in order to speed escaping residents.

“You can make money when there’s a flood,” Ms. Warner said, criticizing the payment, “but the government looks to save lives.”

In New York, the Australian investment bank Macquarie — one of the biggest global funders of infrastructure projects — is working to build and maintain a new Goethals Bridge to replace the span that connects Elizabeth, N.J. with Staten Island. One phase of the bridge could open in the coming weeks, according to a spokesman.

As part of the arrangement, the Port Authority of New York and Jersey has agreed to pay the Macquarie consortium about $56.5 million a year for about 40 years once the bridge opens, regardless of how much traffic it handles.

Macquarie is working on other projects around the country. In 2014, Kentucky tapped the company to oversee the installation and maintenance of 3,400 miles of high-speed fiber optic cable throughout the state.

Construction has been delayed by a year as the Macquarie group works to obtain the rights to install some of the fiber optics on existing utility poles and “uncertainty regarding the magnitude of costs,” according to Fitch. This led Fitch to issue a negative outlook on roughly $300 million in bonds issued by a state entity to finance some of the upfront costs.

The delays on the project may well have occurred even if the government was in charge, and Macquarie said public-private partnerships helped local governments avoid taking on too much debt.

“PPPs have proven themselves to be an efficient and cost effective project delivery method, allowing state and local governments to access private sector financing while effectively transferring risk,” said Geoff Segal, manager of government advisory and affairs for Macquarie Capital.

Aaron Renn, a senior fellow with the Manhattan Institute who has studied a number of public-private partnerships, said one problem with them is that the public officials negotiating these arrangements sometimes lack the financial sophistication and advice to fully understand the deals.

“The most important question is who bears the revenue risk if certain things happen,” he said.

Though local governments can wind up on the hook for billions, sometimes it is private firms and their investors that get burned.

That is what happened with perhaps the nation’s best-known public-private partnership, a 2006 deal in Indiana to lease an aging toll road to an investment group led by Macquarie and Cintra, a Spanish infrastructure firm, for $3.8 billion, which the state used primarily for other road projects.

The 75-year lease provided a big upfront cash payment for the state in return for the consortium’s right to collect toll revenue. But the project to upgrade the antiquated 157-mile roadway ran into trouble as the consortium took on too much bank debt and ridership on the highway dropped during the Great Recession as fewer people were driving to and from work.

Eventually the investment consortium had to file for bankruptcy in 2015.

Now, most of that $3.8 billion has been spent, and the new operator of the toll road is continuing to collect fees from drivers. In June, tolls more than doubled for many drivers when a state subsidy that was put in place when the lease deal was signed expired in May.

And just this week another road project in Indiana fell into disarray, with state officials announcing on Monday that Indiana was trying to take control of the job from a public-private partnership that led by a Spanish company.

Private money is beginning to line up to take advantage of new deals now that Mr. Trump appears to throwing his backing behind such arrangements.

Stephen A. Schwarzman, Blackstone’s chairman and chief executive, is leading a White House business advisory group, which lists infrastructure work as one of its topics for discussion.

Even Lloyd Blankfein, the Goldman Sachs chief executive who has been critical of Mr. Trump on climate change, jumped into the debate Tuesday on Twitter with a message saying he just arrived in China and was impressed with by the condition of the country’s airports, roads and cell service.

“US needs to invest in infrastructure to keep up!” he said.