U.S. Xpress Enterprises Inc. founder Max Fuller has turned over the reins of his company to his son Eric Fuller, although the elder will remain as executive chairman to focus on long-term strategy, industry innovation, talent development and equipment, the company announced March 16.

Eric Fuller has worked for U.S. Xpress for nearly 20 years in various roles across the company. In his previous position, Eric was responsible for operations including over-the-road, dedicated services, customer service and planning. Lisa Quinn Pate joined U.S. Xpress in 2002 and most recently served as general counsel and chief administrative officer.

“Eric and Lisa’s new management roles represent one of many building blocks in our ongoing preparation for years of future success based on data-driven strategies,” said Max Fuller. “Our industry will continue to get more competitive, and the companies with the best leaders, people, processes and equipment will come out on top. I’m confident that Eric and Lisa are the right people to take U.S. Xpress to the next level.” 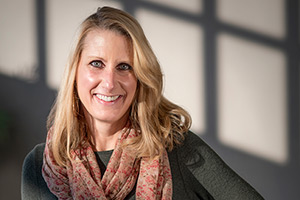 U.S. Xpress ranks No. 19 on the Transport Topics Top 100 list of the largest U.S. and Canadian for-hire carriers. It’s also one of the top privately owned truckload companies in the United States and Canada, along with Schneider and Prime Inc.

“Lisa and I, and the company as a whole, have been fortunate to have Max’s leadership and mentorship throughout the years, and we anticipate having him working directly with us every day for years to come,” Eric Fuller said. “He and Pat Quinn built this company with the intent of it being successful long term. With the support of Max and our 10,000-strong employee base, we intend to make that a reality and ensure U.S. Xpress remains one of the leading providers of transportation services throughout North America.”