This Land: A Resettlement Mission Upended by the Sweep of a President’s Pen 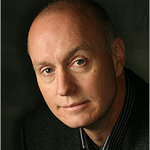 LANCASTER, Pa. — They knew it was coming, of course. But they did not quite believe it, even after watching a broadcast of the signing from their cramped offices. Not until reading the text did they fully accept that their humanitarian work had been halted by executive order of the president of the United States.

Banned, if you will.

The Jan. 27 order abruptly closed the nation to refugees, upending the central mission of resettlement for the Lancaster office of the Church World Service, among other groups. So, that night, one staff member sought music to shout out his thoughts. Another, an Iraqi immigrant, endured a nightmare about federal agents coming to take him away.

And the office’s longtime director, Sheila Mastropietro, 62, found herself having a rare argument with her husband, who had voted for the order’s executor, President Trump.

Their marriage is safe; her husband supports her life’s work, and considers this presidential action a mistake. But Ms. Mastropietro knew what awaited her: budget cuts, layoffs and the anguish of dashed hopes.

Even after a federal judge’s ruling on Friday night temporarily blocked parts of President Trump’s immigration order, Ms. Mastropietro continued to crunch numbers and work the phones through the weekend. She knows that one part of the order remains intact: a cut by more than half of all refugees admitted this fiscal year — to 50,000, from a planned 110,000.

Over the years, this satellite office of the Church World Service, a nationwide nonprofit that works on contract with the State Department’s resettlement program, has helped thousands of refugees find homes in Lancaster, a south-central Pennsylvania city with a reputation for tolerance. Its work has nurtured an ethnic jumble — Somali, Iraqi, Syrian, Congolese, Nepalese — that has diversified the local culture, provided a plentiful work force and, yes, challenged the school system.

Then Mr. Trump won the presidential election on a platform that included promises of an immigration crackdown. And Ms. Mastropietro waited.

A week after his inauguration, the president issued his order: Close the borders to refugees for 120 days, indefinitely block entry to Syrian families fleeing mayhem and bar entry for 90 days to citizens, refugees or otherwise, from Iran, Iraq, Libya, Somalia, Sudan, Syria and Yemen — all Muslim-majority nations.

Ms. Mastropietro, slight with auburn hair, has worked to resettle refugees in Lancaster since 1987; both the joy and stress of the job are conveyed in her face. Who knows how many times she has tried to explain that refugees undergo a long and rigorous vetting process? That delays cause background checks and medical clearances to expire, forcing applicants to restart the entire process? That welcoming those fleeing war and strife is what makes America — America?

Sitting that Friday afternoon in her agency’s slice of a 134-year-old former market building, Ms. Mastropietro struggled to hear the president’s words, the sound on her computer going in and out. But he said what he said. She dimmed her office lights and went home to a difficult night.

Two days later, she and her husband, Peter, attended a long-planned benefit concert for refugees — an invigorating downtown event, with hundreds of people, thousands in donations, lots of hugs and good will. Then it was Monday, back to the Trumpian reality.

She gathered her staff of three dozen in a room too small for their number. Many sat shoulder to shoulder on the gray carpet, beneath upbeat signs and posters. (“What inspires C.W.S. Lancaster staff to do their jobs? Hope. Love. Peace. Brotherhood. Human Rights. Understanding …”) The mood was funereal.

Ms. Mastropietro explained that a halt to refugee arrivals meant a halt to some federal funding, which meant budget cuts. Some programs would continue for now — employment, citizenship, counseling — but she could maintain only a skeletal staff for the program around which all others revolved: resettlement. She would do her best, but, yes, layoffs.

Since then, she has been studying the screen of her computer, as if searching the stark budget numbers for some mathematical solution. But for her, the math just doesn’t add up.

“How much is he going to increase the level of security here by preventing these people from getting the protection they need?” she asked.

The weekend may have had its bright moments for refugees and their advocates, such as when, early Sunday, a federal appeals court rejected a request by the Justice Department to restore the president’s order immediately. But Ms. Mastropietro is loath to give her employees false hope.

“They all know we’re talking about layoffs,” she said.

Her staff members went back to work, back to assisting the refugees waiting in the lobby, clutching foreign-language paperwork. But they struggled to concentrate, as the Trump administration continues its efforts to upend their mission, with the president effectively suggesting that they are abetting “many very bad and dangerous people.”

Here was Josh Digrugilliers, 26, a Church World Service housing specialist. Just two months ago, a visit to Lancaster found him preparing a slate-gray house on a hillside for the imminent arrival of another Syrian family, this one with six members. He had shopped at Walmart for last-minute household necessities, using money from the one-time government grant of $1,000 or so that each refugee receives.

Now he was setting up a modest apartment for an incoming Haitian couple, but thinking about all those he knew who were hoping to be joined someday by relatives left behind.

“You were rooting for them,” he said. “And they just lost a very big bet.”

Here was Gaby Garver, 22, a case manager who, two months ago, shopped for food and stocked the cabinets of that gray house. She had collected the junk mail and turned up the heat a few hours before the family’s arrival at Lancaster Airport.

Now she was taking a short break, sipping tea in a downtown cafe. “I can’t focus,” she admitted. “We’re all trying to find our bearings.”

And, finally, here was Amer Alfayadh, 34, a senior case manager whose family had come from Iraq “because we did not have the option to stay,” and who is the husband of a local woman named Brandy and the father of 15-month-old Sejad — a “blond and blue-eyed” boy, he says. Two months ago, Mr. Alfayadh collected that grateful family of Syrians at the airport and drove them to their new home.

The night of the executive order, Mr. Alfayadh had a nightmare about immigration officials coming to arrest him.

Now Mr. Alfayadh was returning to that house on the hillside to visit the Syrian family he and his colleagues had resettled: Ahmad and Fatima Mohamed Zein, 53 and 50, and four of their children: Somaya, 32; Mona, 19; Yousef, 13; and Aya, 10.

Shoes were arranged neatly by the front door. Used furniture from the Church World Service and a local Islamic center cluttered the living room. Donated picture frames that, two months ago, contained stock photos of models now featured photographs of the Zein children.

As strong Turkish coffee was served on mismatched tables, followed by plates of fruit, Mr. Zein told the all-too-familiar story of the refugee’s journey: a modest existence in Aleppo disrupted by civil war; a flight for safety to exploitative circumstances in Turkey; a plea to the United Nations for help.

Adding to the family’s need was a brittle-bone condition that Mona and Yousef have inherited from their father. When Yousef is not using a wheelchair, he crawls.

It took more than two years, but finally, they made it — to a place called Lancaster. Happiness, yes, though made bittersweet by the memory of family members left behind.

The family attends English classes. The father and the eldest daughter are seeking work, and he is studying for a driving test, a spiral notebook he keeps adorned with drawings of “Wrong Way” and “No Turn on Red” signs. The mother buys raw milk from an Amish farmer to make yogurt. The three youngest children attend school.

It is wonderful and uncertain both; a mixed message. Mr. Zein said he was trying to reconcile this American president, who must be following the wishes of his people in establishing a refugee ban, with the generosity and support that the Zeins have received from everyone here.

He said that in telephone calls to Turkey, he often tells doubting friends and relatives how welcoming the American people are.

“It is different from what you hear and see on television,” he said he explained. “I am telling you the truth.”

Mr. Zein interrupted his story to say, “We have not offered you enough.” So here came cups of tea, followed by an offer to stay for dinner.