Listen to ‘The Daily’: On iPhone or iPad | On Android via RadioPublic | Via Stitcher

The message was hardly subtle: coal miners at the Environmental Protection Agency.

On Tuesday afternoon, President Trump went to the headquarters of the E.P.A. to sign an executive order on environmental regulations. That executive order directs the agency to begin the legal process of repealing and replacing the clean power plan, the centerpiece of President Barack Obama’s policies to fight global warming.

• President Obama’s policies on the environment spelled the end for the coal industry. Now President Trump is promising to restore thousands of coal jobs and do away with Obama’s legacy on climate change. We speak with Coral Davenport, who covers energy and the environment for the Times.

• This afternoon Britain’s prime minister, Theresa May, delivers a letter to the president of the European Council notifying him that after 44 years of membership, her country is leaving the E.U. I called Peter Goodman, a Times reporter in London, in anticipation of today’s news.

• How some of President Obama’s signature climate policies have fared so far under the Trump administration.

• The New York Times’s fact-check of Mr. Trump’s claims on energy and jobs.

• As “Brexit” nears, Scotland votes for one of its own.

Tune in, and tell us what you think. Email us at thedaily@nytimes.com. Tweet me at @mikiebarb. And if that isn’t enough, we can even text. 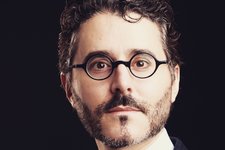 How do I listen?

If you don’t see an audio player on this page or to subscribe to The Daily for free, follow the instructions below.

On your iPhone or iPad:

Open the preloaded app called “Podcasts”; it has a purple icon. If you’re reading this from your phone, tap this link, which will take you straight there. (You can also use the magnifying glass icon to search; type “The Daily.”)

Once you’re on the series page, you can tap on the episode title to play it, and tap on the “subscribe” button to have new episodes sent to your phone free.

Or if you prefer another podcast player, you can find “The Daily” there. (Here’s the RSS feed.)

On your Android phone or tablet:

You can listen and subscribe using the free app RadioPublic, which is available worldwide. If you’re reading this from your phone, tap this link to play the latest episode and learn more about the app.

Or if you prefer another podcast player, you can find “The Daily” there. (Here’s the RSS feed.)

From a desktop or laptop:

Click the “play” button above to start the show. Make sure to keep that window open on your browser if you’re doing other things, or else the audio will stop. You can always find the latest episode at nytimes.com/thedaily.

Open the Alexa app. From the navigation panel on the left, select “settings,” then “flash briefing,” then “get more flash briefing content.” Look for “The New York Times” and select “enable skill.” Now you can say, “Alexa, what’s my flash briefing?” and you will hear that day’s episode of “The Daily.”

You can say, “O.K., Google, play New York Times news” to listen to that day’s episode of “The Daily.”