It’s sad but true: The U.S. is still one of only four nations in the world that fails to guarantee the right to paid maternity leave. Sweden, on the other hand, is unequivocally the sweetest country for working moms or dads, lavishing parents to a whopping 480 paid days off per child. Several top companies here in the U.S. are finally starting to catch up with the progressive Scandinavian nation, particularly in the tech sector.

IKEA announced in December that it expanded its paid benefits to up to four months for new parents — a major breakthrough for a company in the retail industry. Last year, Netflix unveiled a trailblazing unlimited paid leave policy for new moms and dads, inviting them to take off “as much time as they want” in the year following the birth or adoption of a child. Software giant Microsoft also upped its parental leave offering. Adobe quickly followed suit, doubling the paid maternity leave it grants employees.

Related: A Guide to Maternity Leave for Entrepreneurs

Glassdoor recently released a list of the top 20 companies with the best employee benefits and perks. Amazon and American Express made the list because they both offer some of the best parental leave packages. Adopting new programs and giving mothers up to five months of paid leave, it’s no wonder these companies are so highly regarded.

The message is clear and long overdue: American companies are finally grasping that workers with families require more flexibility than ever before. To get the best out of them — and to keep them from jumping ship — employers must step up and seriously support their charges. It’s a smart business move, one that we hope goes viral, coast to coast. 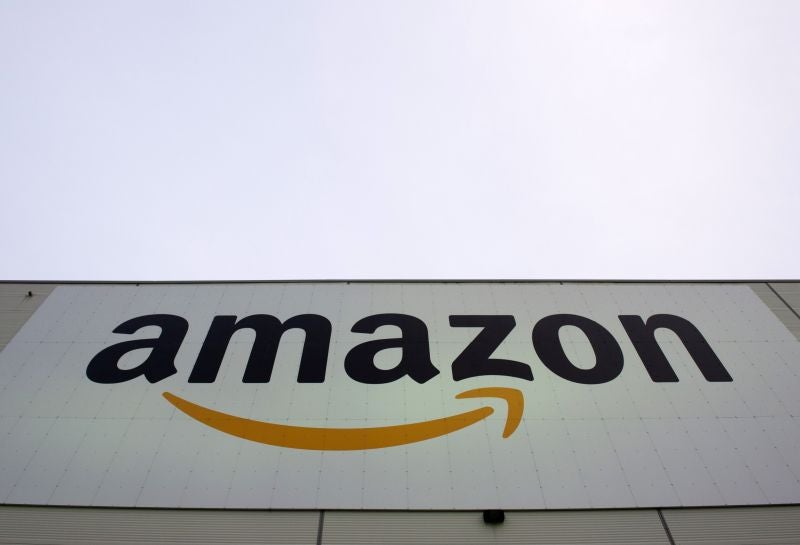 Because of its new generous parental leave policies, Amazon earned a spot on Glassdoor’s 2017 list of top 20 companies with the best benefits and perks.

After some backlash from employees about poor parental leave policies in 2015, the company launched two programs to support new parents. In addition to giving new mothers up to 20 weeks of paid leave and new fathers up to six, Amazon launched its first program, “Leave Share,” that allows Amazon employees to share their paid leave with their partners, if their partners’ companies don’t offer their own paid leave program. Employees can share up to six weeks of parental leave with their partner — for example, a new mother who works at Amazon could use 14 weeks of her paid leave and give her partner the value of the remaining six. (Of course, it’s up to the discretion of that individual’s employer whether to grant the leave.) The new mother would return to work and those six weeks that she shared with her partner would be added to her next paycheck.

Its second program, called “Ramp Back,” helps new moms and primary caregivers ease back into the workplace. Over a period of eight weeks, new parents can work at a reduced schedule as they become re-accustomed to work.

Each of these programs are available for all salaried and hourly Amazon employees, including those in corporate, customer service and fulfillment centers. 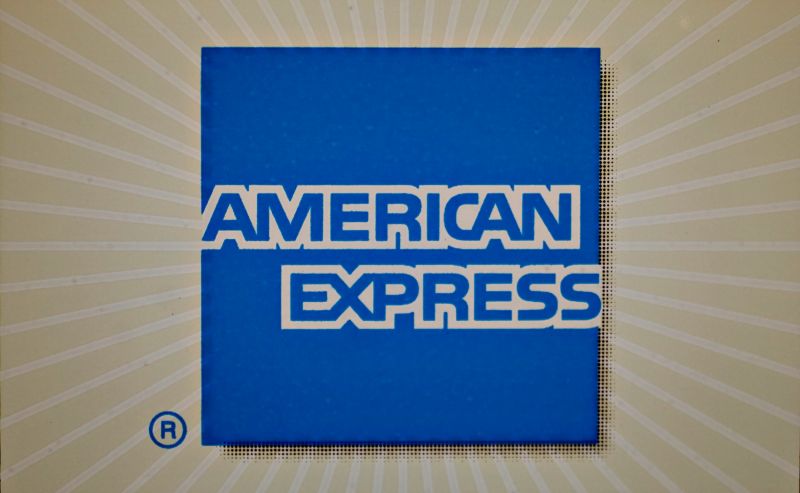 Along with Amazon, American Express also made Glassdoor’s list of companies with the top benefits and perks. 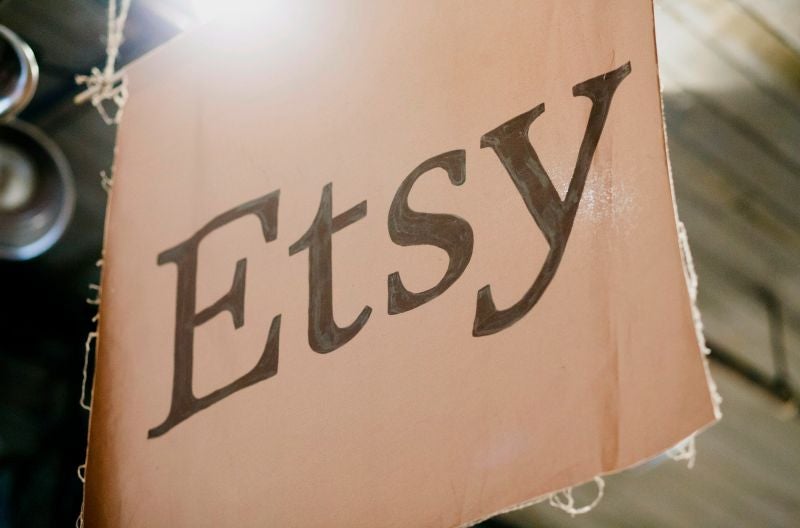 Started in April of last year, Etsy announced it will be giving parents up to six months of paid parental leave. Not only that, but the company has gone so far as to offer new adoption and surrogacy benefits as well coaching programs for new parents and their managers.

“It was the most important way I could have spent that time. Building a company is a team effort that includes the immense support we get from our families,” said Etsy CEO Chad Dickerson.

In a recent blog post, Etsy published a short film about the success and positive response it has received from employees over the parental leave policy. Since it was established, 48 employees, with an equal number of men and women, have taken advantage of the new policy. Of these employees, 35 percent have been promoted — showing that the new policy has had no negative effects.

Check out the video here. 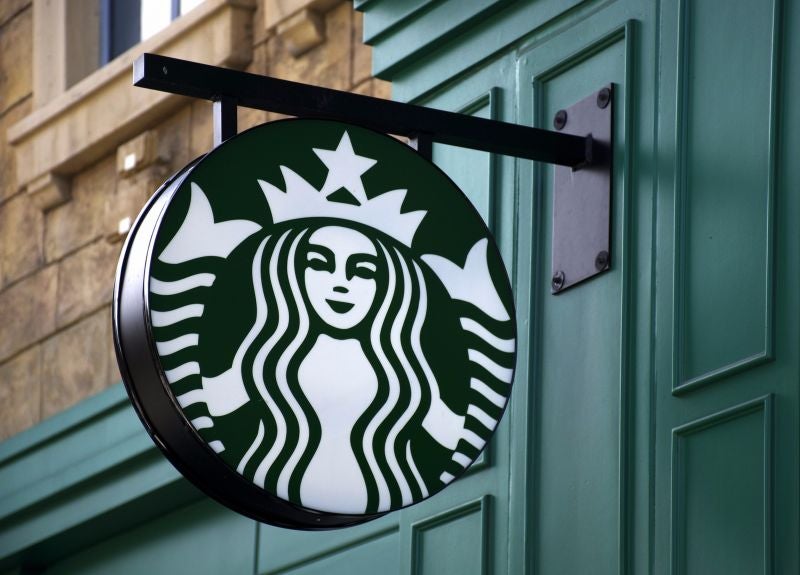 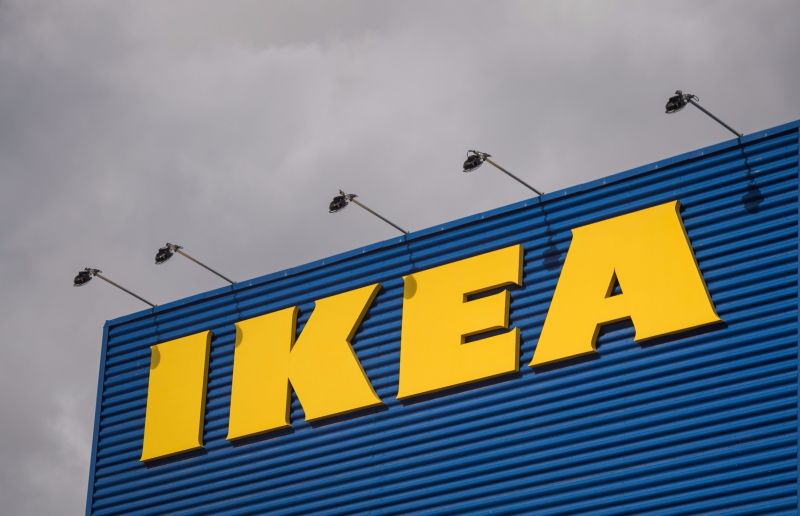 Swedish furniture company IKEA has expanded paid benefits to up to four months for parents with a newborn in their lives. The policy applies to dads, moms and adoptive or foster parents, and to both salaried and hourly employees as well.

Extended paid leave like this is not as common in the retail sector as it is in industries such as technology and finance. For example, Wal-Mart offers 90 days paid maternity leave and 14 days paternity or adoption leave to salaried employees. Target doesn’t commit to any paid parental leave policies. 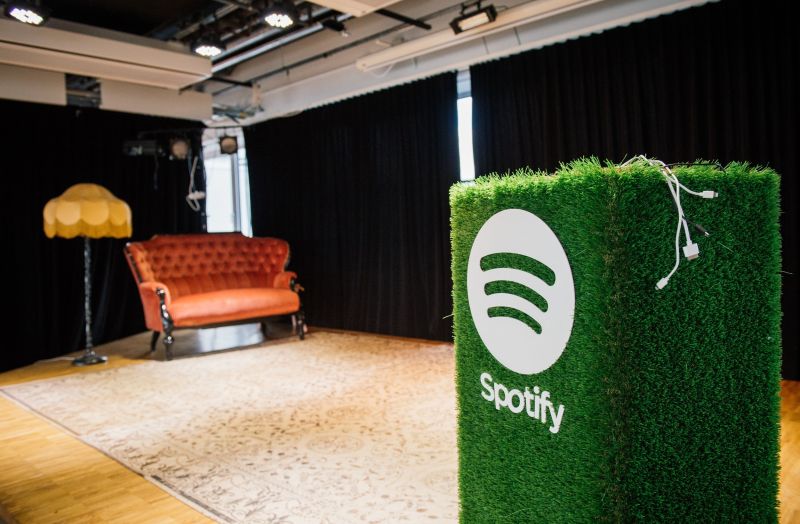 With its roots in Sweden, it’s no surprise the music streaming company offers an awesome parental leave policy. Spotify offers six months of paid leave to full-time moms and dads across the globe. Employees are also offered flexible work options such as the ability to work from home or a part-time schedule upon their return.

The policy is “born out of a Swedish culture that places an emphasis on a healthy work/family balance, gender equality and the ability for every parent to spend quality time with the people that matter most in their lives,” writes Spotify’s chief HR officer Katarina Berg. 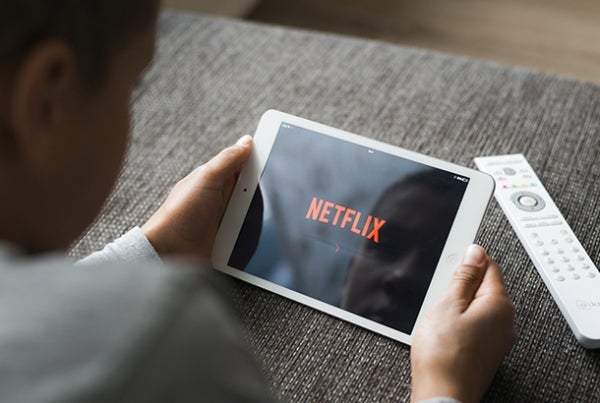 The 18-year-old Los Gatos, Calif.-based streaming media provider offers new parents unlimited paid leave for one year. The pioneering policy enables them to take off as much time as they want during the first 12 months following the birth or adoption of a child. They also have the choice to come back part-time, full-time or to “return and then go back out as needed.” Not bad on top of unlimited vacation time. The company went even further in early 2016 to include hourly workers in the policy as well. 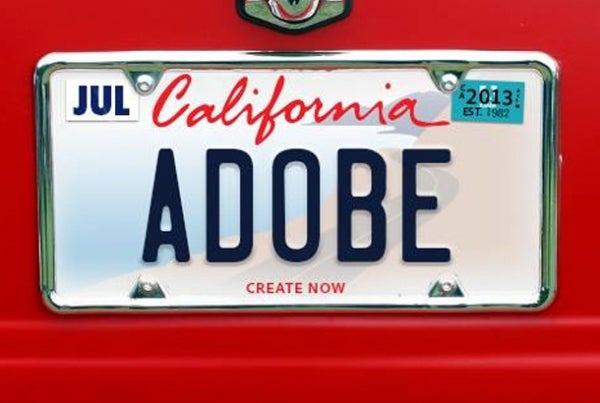 Starting Nov. 1, the multimedia software juggernaut will provide 16 weeks of paid time off for primary caregivers, “allowing new parents more time to spend bonding with their children.” The generous policy, available to Adobe’s 6,000 U.S. workers, will be extended to mothers and fathers who become parents “through childbirth, surrogacy, adoption or foster care.” With combined medical and parental leave, birth mothers who work at the San Jose, Calif.-based company — which views its employees as its “most important assets” — will be eligible for a total of up to 26 weeks of paid leave.

Birth mothers receive a none-too-shabby 20 weeks of paid maternity leave at the eight-year-old company. Meanwhile, new fathers and adoptive parents at Twitter get 10 weeks paid time off. Further cementing its commitment to supporting families with children, the San Francisco, Calif.-based tech social media mammoth also hosts new parent and new parent-to-be roundtables on a quarterly basis. During the meetups, moms and dads ask questions about leave and swap war stories from the messy trenches of parenthood.

Google, which will soon morph into Alphabet, grants biological moms 18 weeks of fully paid and vested maternity leave. Mothers who experience complications during childbirth are given 22 weeks paid time off. Primary caregivers, regardless of gender, are eligible for up to 12 weeks of paid baby-bonding leave, adoptive and surrogate caregivers included. Non-primary caregivers can carve out up to 7 paid weeks off.

On the heels of its maternal leave expansion from 12 weeks to 18 weeks in 2007, Google reported an uptick employee retention. “It just felt like the right thing to do,” a company spokesperson told The Atlantic. Additional perks for parents include priority placement at Bright Horizon child care centers across the U.S. and $500 in “baby bonding bucks.”

Cool fact: Google’s first employee to go out on maternity leave is current YouTube CEO Susan Wojcicki. She has taken a total of five parental leaves since joining Google in 1999. 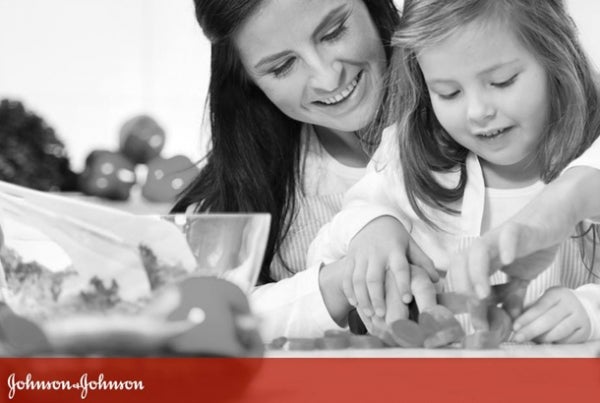 Perhaps best known for its baby products, Johnson & Johnson sure knows how to take care of those who take care of babies. New parents, whether by birth or adoption, who work for the 129-year-old consumer products conglomerate are privy to grocery and laundry pick-up services. Mothers get all of up to 17 weeks of paid leave and fathers nine weeks. The Brunswick, N.J.-based legacy brand’s recently expanded parental leave policy extends to parental units of all stripes — maternal, paternal, same-sex or adoptive. Time off can be spread out over the first year following birth or adoption. 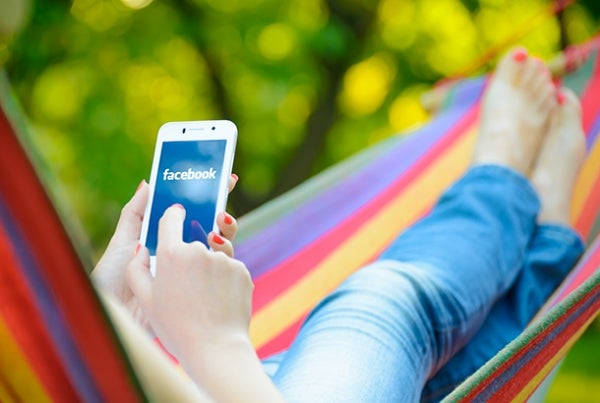 We’re curious as to how long founder and CEO Mark Zuckerberg will head out on leave when he and his wife, Priscilla Chan, welcome their first child, a baby girl. Zuck can divvy it up over a year or use it all at once, that is unless the head honcho is an exception to the rule. Facebook also subsidizes adoption programs, child care, and, somewhat controversially, surrogate parenting, sperm donation and egg freezing initiatives.

Per its policy published on its official website, Goldman Sachs provides new moms with 16 weeks of paid leave. That includes four weeks of parenting leave at full pay for primary caregivers. Fathers and non-primary caregivers are eligible for four weeks of paid leave. Paid surrogacy and adoption leave is also offered for up to 16 weeks. Breastfeeding new mothers at the New York City-based global financial services firm enjoy around-the-clock access to lactation consultants and are privy to use on-site lactation rooms.

Related: The Ban on Talking in the Elevator at Goldman Sachs Can Finally Go Away

Reddit, which has been struggling to clear a path following a string of controversial leadership decisions, offers new mothers and fathers 17 weeks of paid parenting leave. The San Francisco-based company allows for leave to be taken within the first year in two-week stretches at minimum. Like Zynga, HubSpot and Groupon, the troubled social-sharing platform also offers unlimited vacation time. 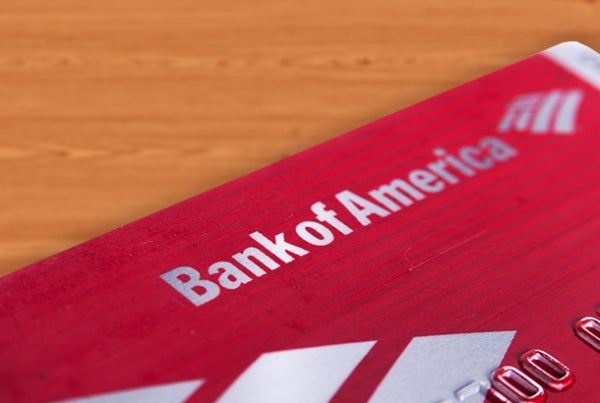 The global banking giant boasts a progressive family “life management” program, offering employees who have worked at the company for at least a year up to 12 weeks of paid maternity, paternity and adoption leave. If more time is needed, workers can take up to 14 weeks additional time off without pay.

When it comes to adoption, the Charlotte, N.C.-based banking giant goes above and beyond, reimbursing eligible employees up to $8,000 per legally adopted child. BofA also pays for up to 25 days of childcare center babysitting for kids ages six weeks to 12 years of age, should the primary caregiver be temporarily unavailable during work hours (as in out sick or on vacation). It also reimburses employees up to $240 a month per child for childcare costs incurred while working. 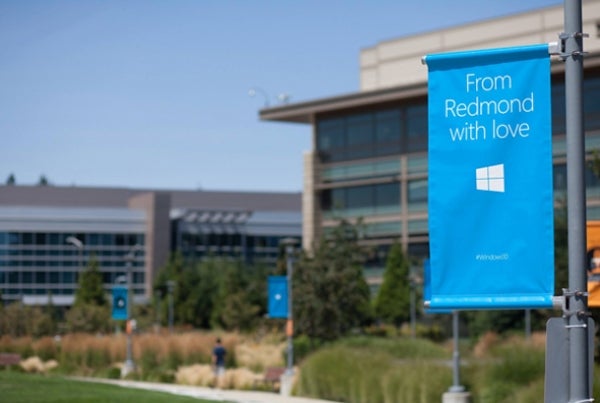 On Nov. 1, Microsoft will roll out its most expansive parental leave policy yet. Piggybacking the tech industry trend, the Redmond, Wash.-based global software colossus will lengthen its maternity and paternity leave to 12 weeks at full pay, with an additional eight weeks of paid leave for birth mothers. Leave can be taken all at once or in intervals. Birth mothers also have the option to go out on short-term disability during the two weeks leading up to their due dates.

Related: The 7 Books Bill Gates Wants You to Read This Summer 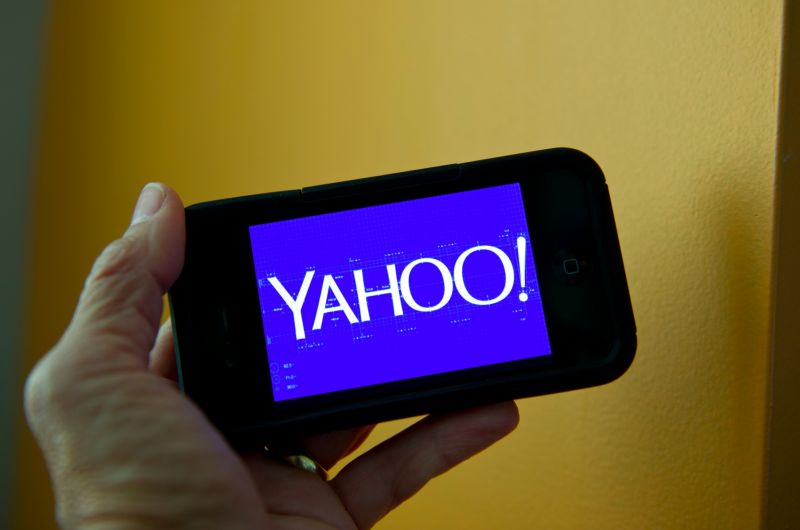 In 2013, after giving birth herself, CEO Marissa Mayer installed a parental leave policy letting mothers take 16 weeks paid leave and fathers eight weeks. The company also offers them an additional $500 to help with any expenses related to the newborn.