Tech Tip: Running macOS and Windows 10 on the Same Computer

Q. I have a 2012 iMac and could use Boot Camp only with Windows 7. Does Windows 10 now work if I have my Mac fully updated?

The Boot Camp Assistant software that comes with the Mac operating system guides the installation of Windows onto a separate partition of the computer’s hard drive.

A. Boot Camp, Apple’s tool for the Mac that allows you to install and use the Windows operating system on a separate hard drive partition, is capable of running Windows 10 — if your hardware meets the system requirements. According to Apple’s guidelines, the earliest iMac model that supports running Windows 10 is the “Late 2012” edition with either a 21.5- or 27-inch screen.

Apple released its 2012 model in the fall of that year, so if you got the iMac before Nov. 30, you may have the previous version — which is not on the list of supported hardware for using Windows 10 through Boot Camp. You can see which iMac model you have by going to the Apple Menu in the upper-left corner of the screen and selecting “About this Mac”; the name of the model is listed on the Overview tab. (If your iMac does not meet the requirements, check out software like Parallels Desktop for Mac that lets you run Windows 10 alongside macOS instead of installing and running Windows from a separate hard drive partition.) 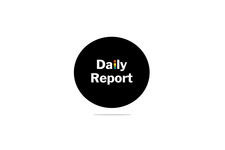 Interactive Feature | Interested in all things tech? The daily Bits newsletter will keep you updated on the latest from Silicon Valley and the technology industry, plus exclusive analysis from our reporters and editors.

If your iMac passes muster for Boot Camp, make sure you have 55 gigabytes of free space on your start-up drive and an empty USB flash drive with a capacity of at least 16 gigabytes. You also need a copy of the 64-bit version of Windows 10, which you can buy as a download or on a USB drive from Microsoft.

Before you start installing Windows 10, make sure your Mac’s software is fully up-to-date and back up your computer just in case something goes awry. If you have not created a partition on the Mac before nor installed Windows on it, go to the Mac’s Applications folder and to the Utilities folder and open the Boot Camp Assistant program to get started.

If you already have a Boot Camp partition with Windows 7, you can update it to Windows 10 as you would on a PC. If you want the very latest edition of Windows 10, the Creators Update released this month, Microsoft says to install the Windows 10 Anniversary Update first and then update the system to the Creators Update.

Personal Tech invites questions about computer-based technology to techtip@nytimes.com. This column will answer questions of general interest, but letters cannot be answered individually.