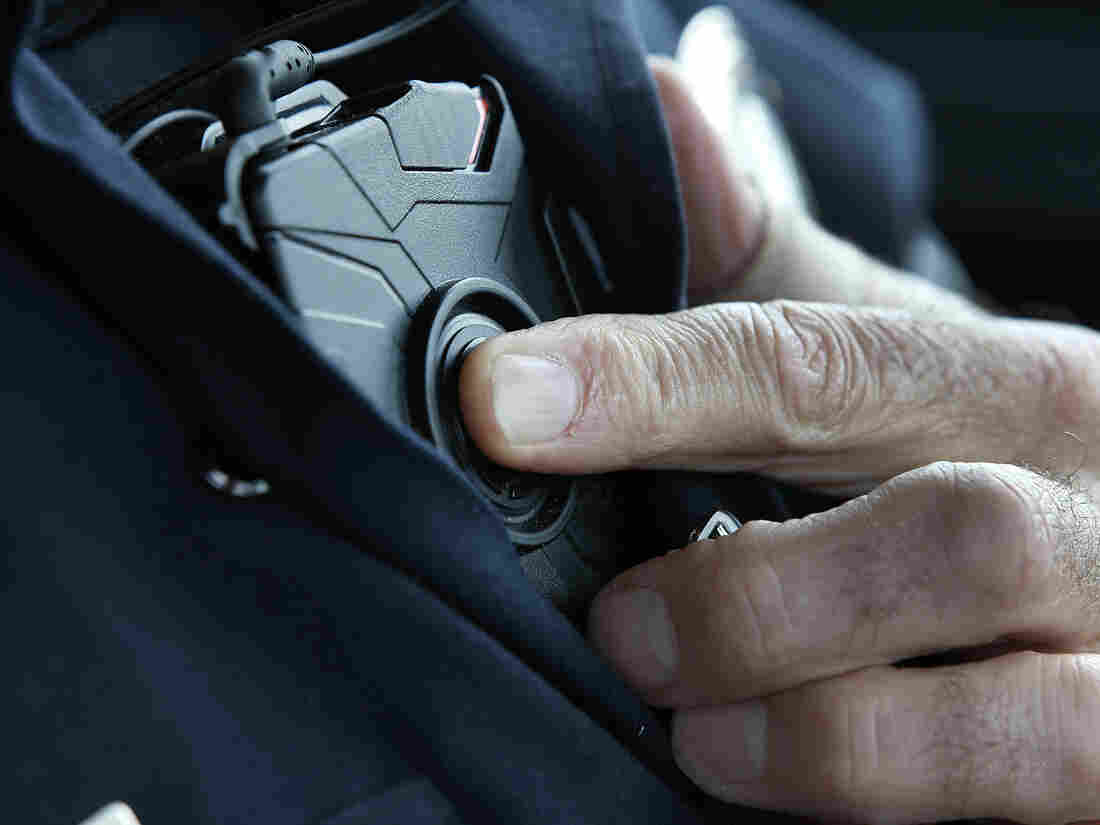 Taser International has sold a whole lot of stun guns since its founding in 1993. By the company’s estimation, nearly two-thirds of all law enforcement patrol officers in the U.S. carry a Taser.

But since 2009, Taser has also been selling body cameras worn by police officers. The company says its cameras are now used by 36 of the 68 major law enforcement agencies across America, including the Los Angeles Police Department, which bought more than 7,500 of the devices.

So when the company announced this week that it was changing its name to Axon — the name of its line of body cameras — it signaled where the company thinks its future lies: in becoming a device-connected platform for law enforcement data.

Sales of body cameras have boomed since the national uproar over a number of police-involved shootings, including the 2014 shooting of Michael Brown in Ferguson, Mo. A recent Pew study found broad support for police-worn body cameras, with a majority of both police officers (66 percent) and the public (93 percent) in favor of their use.

Along with the name change, Axon announced a free trial program for its body cameras: It will send law enforcement agencies one body camera per sworn officer to use for a year. The company is also offering a year of free data storage on its Evidence.com service.

That move reinforces the company’s shift from “less lethal” weapons to a model driven more by data and devices.

Officers are increasingly getting used to recording their interactions with the public, and now a key question is what police departments should do with all that footage, as NPR’s Martin Kaste has reported.

Axon says it has the answer: Use its cameras to capture the footage, and then use its service to upload it directly to the cloud, where artificial intelligence technology will analyze the video and audio.

Axon and its body-camera competitor Vievu say their products will save time for law enforcement agencies by, for example, making it easier to review footage. Axon’s Evidence.com platform offers automated facial redaction and tools to share evidence with prosecutors; Vievu said it will integrate with an AI platform that offers facial recognition and sentiment analysis.

But convenience comes with a cost.

After the free trial is up, Axon’s Body 2 camera has a one-time cost of $399, while use of the company’s Evidence.com platform costs $15 to $89 per month, per officer.

Axon spokesman Steve Tuttle says law enforcement agencies using body cameras have seen “improved behavior on both sides of the badge,” citing decreases both in use of force and complaints from the public.

Even as the company rolls out more features for its cameras and software, it will still sell Tasers, which made up about three-quarters of the company’s sales last year.

Tasers are intended to stun and incapacitate — an alternative to firearms — but they can be lethal.

An investigation by The Washington Post in November 2015 found that about one person a week that year had died in incidents in which they were Tasered by police. More than half of them suffered from mental illness or had illegal drugs in their system when they died, according to the newspaper.

“At least 10 were Tasered while handcuffed or shackled,” the report found. “Only one was female. Nearly 55 percent of the people who died were minorities.”