Ohio State, the football-mad university of more than 60,000 students, could hardly be more different from Williams College, the prestigious liberal arts school in the Berkshires, or Loyola University Maryland, a Catholic college in Baltimore.

But this summer, all of their incoming students received the same reading assignment: “Just Mercy,” a memoir by the lawyer Bryan Stevenson of his work defending the poor and the forsaken, and a call for criminal justice reform. At least 70 colleges over the past three years have asked their first-year students to read the book, making it one of the most popular summer reading picks for American colleges. 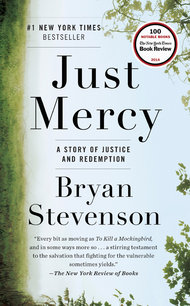 At least 70 colleges over the past three years have asked their first-year students to read the book “Just Mercy” by Bryan Stevenson.

About 40 percent of college orientations include discussion of a common reading assignment, according to the National Resource Center for the First-Year Experience and Students in Transition at the University of South Carolina. And these are no breezy reads. The books are almost always tied to current events and often make strong statements on issues like immigration, race and the perils of technology.

The summer reading market is an important one for writers and publishers, who market their titles to the administrators and professors who run these programs. Landing on the reading list of just one large university can mean sales of 10,000 copies or more, either to the institution or to individual students, a big haul for a work of serious nonfiction or literary fiction. Many schools invite the author to speak on campus, with some best-selling writers earning five figures for a single appearance.

For colleges, the costs can add up. In 2014, Purdue, a public university in Indiana, canceled its Common Reading Program after just five years, citing the opportunity to save $75,000.

Cost does not seem to be a concern at Stanford, nor does suggesting that students read 900 pages before starting school. Stanford buys not one but three books for each incoming first-year student, and will have all three authors — Yaa Gyasi, Elizabeth Kolbert and Jesmyn Ward — visit during orientation.

We collected information on dozens of college summer reading programs and examined an annual survey of hundreds of universities compiled by Penguin Random House. A few trends emerged.

That goal is evident in the books that schools select. This summer, “Between the World and Me,” Ta-Nehisi Coates’s essayistic exploration of the violence done to the black male body in America, is the choice of Tulane, North Carolina State and at least eight other colleges. 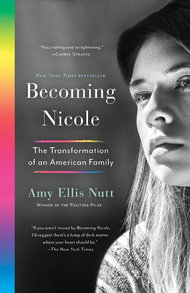 “Becoming Nicole: The Transformation of an American Family” by Amy Ellis Nutt, about a transgender teenager, is a popular summer reading assignment.

Students heading to College of the Holy Cross in Massachusetts and Elon University in North Carolina, among others, will read “Make Your Home Among Strangers,” by Jennine Capó Crucet, about a young Cuban-American woman torn between her working-class family in Miami and life at a liberal arts college.

Other popular choices are “Citizen: An American Lyric,” a book of poetry by Claudia Rankine, which recounts the slights and verbal aggressions that make up the daily experience of racism; “Evicted: Poverty and Profit in the American City,” by Matthew Desmond, a sociologist who embedded with poor renters in Milwaukee; and “Becoming Nicole: The Transformation of an American Family,” by Amy Ellis Nutt, about a transgender teenager.

But at a time when many colleges are criticized for incubating left-wing ideologues, asking students to read such books before they even unpack their duffel bags is a step in the wrong direction, says the National Academy of Scholars, a conservative group.

David Randall, the group’s director of communications and the author of “Beach Books,” its annual excoriation of summer reading selections, said colleges were making an assumption “that diversity is defined by race or gender or what have you.”

“It doesn’t actually stretch your mind remotely to continue to think and talk about that,” he added. “It stretches your mind to read Aristotle, Austen.”

He also derided the literary styles of works like “Just Mercy” and “Between the World and Me” as “mediocre.” Asked if he had read several of the most popular titles, he said, “I looked at them enough to not be thrilled.” 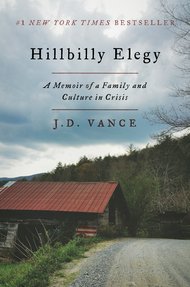 At least four schools, including the University of Wisconsin-Madison, have chosen J.D. Vance’s “Hillbilly Elegy: A Memoir of a Family and Culture in Crisis.”

Some campuses do go against the liberal trend. At least four schools, including the University of Wisconsin-Madison, have chosen a best seller written by a young conservative: J. D. Vance’s “Hillbilly Elegy: A Memoir of a Family and Culture in Crisis,” which explores issues of social breakdown among working-class whites, such as drug use and child neglect. Mr. Vance’s book has been greeted as a primer on Trump voters, and in it, he does not hesitate to blame Appalachian culture, as well as individual moral failings, for poverty.

The committee that chose “Hillbilly Elegy” had a “vigorous discussion” about it, said Sheila Stoeckel, director for teaching and learning programs at the University of Wisconsin-Madison libraries. “We’re picking books there are not easy answers for. If we picked a book that there was an easy answer for, it wouldn’t be as lively of a discussion or exploration.”

Hot Off the Presses

The National Academy of Scholars has also criticized the selections for being too contemporary, with most of the common ones having been published within the past five years. The organization prefers works and authors a bit longer in the tooth, like Ecclesiastes, Tolstoy or 20th-century writers like Jane Jacobs, Ralph Ellison and Zora Neale Hurston.

It is true that some popular selections have failed to pass the test of time. One is “Three Cups of Tea,” a 2006 memoir by the philanthropist Greg Mortenson, who built schools for girls in Afghanistan and Pakistan. In 2010, at least 16 colleges selected it for summer reading.

By 2011, “60 Minutes” and the journalist Jon Krakauer had revealed that Mr. Mortenson fabricated or exaggerated incidents in the book, and colleges soon turned their backs on it.

Even titles barely older than a high school sophomore have fallen out of favor. “Nickel and Dimed: On (Not) Getting By in America,” Barbara Ehrenreich’s 2001 undercover account of work and life in minimum-wage America, seems as topical today as it was when it was first published. But after a good run in its first decade, few colleges are assigning it now.

Most colleges choose recent, accessibly written books to ensure that incoming freshmen actually read them, said Keith Goldsmith, executive director for academic marketing at Knopf Doubleday, a division of Penguin Random House. After all, except in those cases where the reading is linked to a first-year class or a required writing assignment, students juggling summer jobs and summer flings are free to skip these books.

“It has to be a book that’s going to engage them right off the bat,” Mr. Goldsmith said. “Classics can do that, but oftentimes it’s difficult. Those books require a bit more training and guidance.”

Read a Book, Not Your Phone

Among universities that do assign books from the Western canon, a popular choice is Mary Shelley’s “Frankenstein,” one of a number of selections that warn students that there can be a dark side to invention and technology.

Freshmen at Gustavus Adolphus College, a Lutheran-affiliated school in Minnesota, are among those reading the novel this summer. In the fall, they will participate in a campuswide exploration of the ethical questions brought up by bioengineering like genome editing, genetic testing and cloning. 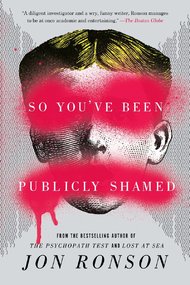 Several commonly assigned titles reflect anxiety about the internet and gaming, like “So You’ve Been Publicly Shamed,” the journalist Jon Ronson’s take on social media mobs.

Several other commonly assigned titles reflect anxiety about the internet and gaming. Those include “The Circle,” a novel by Dave Eggers about a young woman drawn into the nefarious practices of the global tech company for which she works (chosen by Auburn University and Ohio Northern University, among others); “So You’ve Been Publicly Shamed,” the journalist Jon Ronson’s take on social media mobs (Fashion Institute of Technology in New York City, Ramapo College in New Jersey); and “Ready Player One,” a sci-fi novel by Ernest Cline in which a teenager confronts real-world social inequalities embedded within a utopian virtual reality game (Washington State).

Some colleges tailor their selections to their audiences. For several years, the Citadel, a military college in South Carolina, has assigned Aaron Sorkin’s 1989 play, “A Few Good Men,” about a hazing death and cover-up in the Marines, which was adapted into a 1992 film. 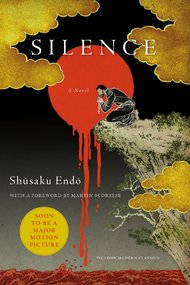 “Silence” by Shusaku Endo, a 1966 novel about a Jesuit missionary in 17th-century Japan, was assigned this year by Loyola Marymount University.

Religious schools are more likely to choose older books with themes of faith. “Silence” by Shusaku Endo, a 1966 novel about a Jesuit missionary in 17th-century Japan, was assigned this year by Loyola Marymount University, a Catholic school in Los Angeles, and has been selected by Christian schools in years past.

Susquehanna University in Pennsylvania is unusual in that it lets the current student body, faculty and staff vote on a theme for a collection of short readings. This summer, all incoming freshmen received a packet called “Perspectives on Conflict.” Authors include Albert Camus; Roxane Gay, a best-selling feminist writer; and Brad Stone, a journalist who wrote for Bloomberg Businessweek in 2014 about Uber’s threat to the traditional taxi industry.

The packet opens with President Barack Obama’s commencement address at Howard University in 2016. In the speech, Mr. Obama discussed the rise of left-wing protest movements that sometimes try to prevent conservatives from speaking on campuses and elsewhere.

“It’s the first piece in the book on conflict for a reason,” said Catherine Dent, a professor of creative writing who runs the program. “In moments where we’re having liberal-minded people shutting down free speech, Obama is pointing out the flaw in that thinking.”