On the Runway: Zara Loses Its Skirt over Pepe the Frog 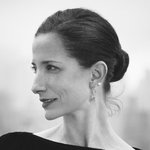 Vanessa Friedman
ON THE RUNWAY

Digital activists have claimed another head. Or, rather, skirt.

On Tuesday, Zara, the Spanish chain owned by Inditex that has more than 2,100 stores in 88 countries around the world and was rated No. 53 on the Forbes 2016 list of the world’s most valuable brands, quietly withdrew a distressed denim miniskirt printed with a cartoon face from its websites and stores in the United States and Britain after it became a subject of social media controversy for the graphic’s resemblance to Pepe the Frog.

You know, the green amphibian that was originally intended as a “peaceful frog-dude,” according to Matt Furie, the man who created him, but that was co-opted by anti-Jewish and bigoted groups and designated an alt-right hate symbol by the Anti-Defamation League last September.

The skirt had been on sale as part of Zara’s limited-edition “oil on denim” offering of spring-fling artist partnerships.

Twitter got on it pretty fast. “Zara is really out there trying to sell a P*pe the frog skirt, apparently unaware (?) of its current implications,” @meaganrosae wrote. Added @ccarella, “Hmm Pepe on a Zara skirt.”

There is a lot of “how did this happen?” and “how deluded could they be?” going around the cybersphere, but the answer may come down to a blunt collision of globalism and cultural ignorance.

A spokeswoman for Zara said: “The skirt is part of the limited Oil-on-Denim collection, which was created through collaborations with artists and is only available in selected markets. The designer of the skirt is Mario de Santiago, known online as Yimeisgreat. There is absolutely no link to the suggested theme.”

Mr. de Santiago is a Spanish artist based in London whose biography on his official web page states, “I like to explore social interactions and gather them into quirky and colourful storytelling compositions.” According to Zara, he said the frog face “came from a wall painting I drew with friends four years ago.” It is not hard to imagine he was unaware a similar frog face had been used for a somewhat different purpose in the United States. 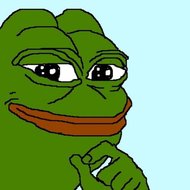 Pepe the Frog was co-opted by anti-Jewish and bigoted groups and designated an alt-right hate symbol by the Anti-Defamation League.

Unfortunately for Zara, however, the brand has a history with public pressure over a product with potentially offensive implications — especially anti-Semitic implications — which may have exacerbated the reaction. In 2014, it apologized for offering, and then withdrew, a set of children’s striped pajamas with a yellow star on the breast that was widely seen as resembling a concentration camp uniform (the star was supposed to be a sheriff’s badge). In 2007, it withdrew a handbag printed with folkloric designs, one of which happened to look a lot like a swastika.

(To be fair, the brand also gets in trouble for non-Jewish issues: Earlier this year, a campaign with the tagline “Love Your Curves” that featured two notably skinny models got a lot of tweeters pretty worked up.)

All of this may add up to something of a teachable moment for the fast-fashion model. Because the business is based on the constant turnover of new products that are effectively “tested” on the shop floor, so that companies can respond quickly to what sells and drop less popular items without much cost, it involves a higher than usual amount of churn. This may mean designs are subject to less stringent vetting than they might be in, say, a traditional fashion brand in which products are created and assessed more than six months ahead of production.

Interactive Feature | NYT Living Newsletter Get lifestyle news from the Style, Travel and Food sections, from the latest trends to news you can use.

Add to that the recent commercialization of the summer festival circuit, in which corporate giants are leveraging the fashion appeal of sartorial rebellion (always a dangerous game, since it co-opts symbols without really understanding their use), and the pitfalls were potentially pretty big. Just think for a minute of the absurdity implicit in choosing a hate symbol to stick on a garment seemingly meant for a summer-of-love/dancing-in-the-muddy-fields-type event. Oops.

Given the increasing role of the internet in policing brands and companies, it was probably only a matter of time before a company attempting to make hay while the music played made a mistake instead.

Consider it a cautionary tale.