Ohio Carries Out Its First Execution Since 2014

An Ohio prisoner convicted of raping and murdering a toddler in Akron in 1993 was put to death on Wednesday morning, the state’s first execution in more than three years.

The execution of Ronald Phillips, who was 19 when he killed Sheila Marie Evans, his girlfriend’s 3-year-old daughter, came amid a legal dispute about the constitutionality of Ohio’s execution method. After previous delays, a federal appeals court allowed the execution to proceed, and the United States Supreme Court declined to intervene.

Mr. Phillips was pronounced dead at 10:43 a.m. at the state penitentiary near Lucasville, a prison spokeswoman said.

Mr. Phillips and two other death row inmates facing executions had challenged Ohio’s three-drug execution method, arguing that the inclusion of midazolam, which is intended to render prisoners unconscious and insensate to pain, was cruel and unusual punishment.

As supplies of execution drugs have grown more scarce, at least seven states have turned to midazolam, a powerful sedative that is widely available, but controversial when used in lethal injections.

In Oklahoma, the drug was used in an execution that state officials said was botched because of an improperly placed intravenous line. Death row defendants have challenged midazolam’s use in Arkansas and Alabama, but have had limited success in the courts. Arkansas used the drug to carry out four executions in April, just before its midazolam supply expired. 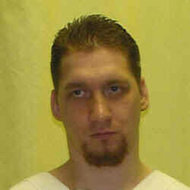 The drug’s use in Ohio has been particularly troubled. In January 2014, an Ohio inmate took an unusually long time to die, and some witnesses said the condemned man visibly struggled and gasped after the drug was administered.

Ohio has altered its execution protocol since then, but lawyers for Mr. Phillips and the other condemned men have argued that the procedure remains dangerous. A federal magistrate judge and a panel from the United States Court of Appeals for the Sixth Circuit in Cincinnati entered rulings this year delaying the executions, but were overruled by the full Sixth Circuit, which said the executions could proceed.

Mr. Phillips, who was convicted of aggravated murder, felonious sexual penetration and rape, has had three other execution dates since the state announced its drug protocol in October. His lawyers have also argued that his age when he committed the crimes, 19, should preclude him from being executed.

“Given the extremely brutal nature of the offense committed against an innocent 3-year-old child,” Mr. Kasich said in a statement last year, “I agree with the Ohio Parole Board’s recommendation that clemency is not warranted in this case.”

Mr. Phillips, 43, arrived at the so-called death house at the Southern Ohio Correctional Facility on Tuesday morning, about 24 hours before the scheduled execution.

He was allowed to visit with clergy, family, friends and lawyers. For his final dinner, Mr. Phillips requested a large pizza with bell peppers and mushrooms, as well as strawberry cheesecake, Pepsi, grape juice and unleavened bread.