No two people did more to build Fox News Channel into a powerful cultural-political force than Roger Ailes and Bill O’Reilly.

Mr. Ailes, the founding chairman of Fox News, envisioned a news network that would speak for those forgotten Americans who thought the rest of the media was talking down to them while abetting a liberal takeover of their country.

He found one of those concerned citizens in the person of a midcareer, midlevel broadcaster named Bill O’Reilly, of Levittown, Long Island. With a white working-class background, and a perfectly perched chip on his shoulder, Mr. O’Reilly was the ideal personality for Mr. Ailes to build his network around.

Mr. O’Reilly quickly climbed to the top of the cable ratings, then pulled the rest of the network along with him as he became one of the biggest stars in television news history.

In so doing, he empowered Mr. Ailes to build Fox News into more than America’s No. 1 cable news network. Much more significantly, Mr. O’Reilly helped Mr. Ailes turn it into the beating heart of a new, populist conservative movement, one that reshaped the political landscape while making its parent company, 21st Century Fox, billions.

And, finally, it became an important vehicle in the conservative convoy that delivered their mutual friend Donald J. Trump to the White House.

With Mr. O’Reilly’s forced ouster on Wednesday, following that of Mr. Ailes last summer — both over sexual harassment cases that resulted in at least $35 million in total settlements — it’s as if that vehicle collapsed at a busy intersection outside 1600 Pennsylvania Avenue.

The network remains stalled there. And Fox, along with 21st Century Fox, remains vulnerable to treacherous traffic flows that pose the most serious threats to its standing since it became the No. 1 cable news network some 15 years ago and claimed its “Most Powerful Name in News” mantle.

First there is Mr. O’Reilly’s own audience, which steadfastly stuck with him — and then some — as the revelations about sexual harassment first emerged in The New York Times. For as long as he has been “looking out for” them — as he puts it — he has sworn to beat back the “secular progressive” forces of political correctness.

His fans told interviewers they doubted the allegations against him, describing him as an “easy target” for liberal groups and the same mainstream media he has made a career of lambasting.

Now here was Fox News, the network they trust above all others, refusing on Wednesday to stand behind Mr. O’Reilly in the face of what he called “unfounded claims” in the same way that they do.

“Generally, the Fox audience is not going to be happy the network fired him,” said Chris Ruddy, chief executive of a smaller Fox News rival, Newsmax Media. “They’re going to think it was unfair.”

But, really, where will Mr. O’Reilly’s viewers go in his absence? There simply aren’t any real alternatives, on TV at least. Mr. Ruddy’s network reaches about 10 million television homes; Fox News is in 90 million. 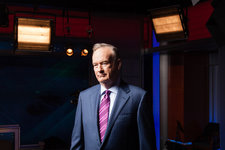 CNN? Not likely. The network is a main media whipping post for Trump supporters who sit so squarely in Mr. O’Reilly’s demographic. And MSNBC provides liberal counterprogramming to Fox News in prime time, and is, in effect, enemy territory.

But there are new alternatives to Fox News online, and even on cable, that play to different parts of the conservative movement. Foremost is Breitbart News, which throughout last year took pot shots at Fox News when it viewed it as being anti-Trump, especially its former host Megyn Kelly.

Breitbart’s coverage showed that new alternatives were emerging as the conservative media moved into more complicated territory, along with its adherents. Breitbart, for instance, positioned itself as a purer “antiglobalist” alternative to Fox, where Mr. O’Reilly was as unpredictable as he was conservative-leaning and various contributors were solidly in the “Never Trump” camp. (On Wednesday Breitbart treated Mr. O’Reilly’s firing as a capitulation to the opposition, with a headline reading “Activist Left Gets Monster Scalp.”)

None of that is to diminish the dominance of Fox News, given its full cable distribution and the way its shows pepper the top ratings slots. That includes Sean Hannity, whose 10 p.m. program has become a central clearinghouse for pro-Trump talking points in a way Mr. O’Reilly’s never did.

Still, Mr. O’Reilly was in no small way responsible for the success of the rest of the prime-time schedule; he held what is known as a “tentpole” position at 8 p.m., where his ratings could feed into later shows.

Whether the new, hastily made schedule that Fox announced on Wednesday — with Tucker Carlson succeeding Mr. O’Reilly; the ensemble talk show “The Five” moving to 9 p.m.; and Mr. Hannity remaining at 10 p.m. — winds up being more permanent than temporary remains to be seen.

And while executives have been heartened by Mr. Carlson’s strong ratings since replacing Ms. Kelly, who has left to join NBC, he no longer has what was the best lead-in in cable news. (Last week, for instance, Mr. O’Reilly had an average weekday audience of nearly four million people).

Even if Mr. O’Reilly’s fans won’t switch to a competitor, there’s no way to know yet if they will decide to do something else altogether with their time, like post pictures of their grandchildren on Facebook.

And his exit from the Fox prime-time lineup creates the biggest jump ball in cable news in more than 16 years.

In large part thanks to Mr. Ailes and Mr. O’Reilly, the media world is far different than the one they decided to upend when they started at Fox in the mid-1990s. The audience’s sense of alienation from the mainstream media is no less intense — maybe it’s even more so. But its sense that it has too few places to turn has abated. The conservative media is now as robust and diverse as the prevailing, and increasingly competing, strains of conservatism.

The emergence of those strains explained why Fox News occasionally appeared to be at war with itself over the past year. Those who were in the more traditional conservative and neoconservative camps lined up against Mr. Trump — or, at least, were not enthusiastically behind him — and those who were more aligned with Mr. Trump’s brand of nationalism lined up behind him.

Will Fox News embrace the more traditional conservatism represented by Dana Perino, the former Bush press secretary and co-host of “The Five,” who has won high marks as a substitute for Mr. O’Reilly over the past few days? Or will it do more to highlight the more populist, antiglobalist brand of her “Five” co-host Eric Bolling, who will take over the 5 p.m. time slot and won’t join Ms. Perino and his other co-hosts in prime time?

The family that will ultimately decide, the Murdochs, has its own funhouse-mirror version of those competing strands. There is the founding executive chairman and family patriarch, Rupert Murdoch, who after being suspicious of Mr. Trump, has swung solidly — but not blindly — behind him. Then there are his successors-in-waiting, James Murdoch, said to be the most liberal-leaning of the three, and Lachlan Murdoch, said to be somewhere in between them, according to those who know them.

People briefed on the internal discussions said it was James Murdoch — whose wife, Kathryn, once worked at the Clinton Climate Initiative — who first saw Mr. O’Reilly’s removal as essential, followed by Lachlan and finally Rupert, who despite his own promotion of women in his companies showed the most willingness to stand behind Mr. Ailes and then Mr. O’Reilly as the allegations piled up.

But Fox’s ultimate look in the post-Ailes, post-O’Reilly era — and therefore, its place in the conservative media movement — will come down to the two things all three of them always agree on: ratings and revenue.