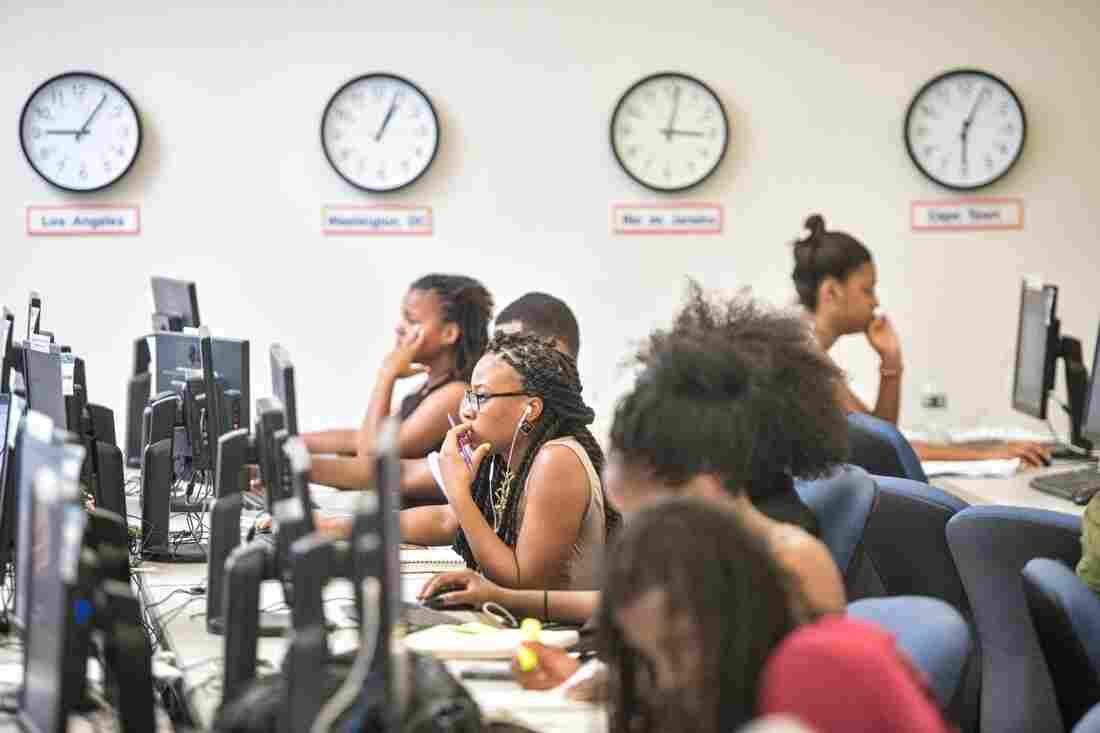 It’s clear from the numbers. Google has a diversity problem.

For the past few years, the company has publicly shared its workplace makeup in a report detailing the race, gender and ethnicity of each employee hired the previous year. Last year, while the number of black employees went up, they still represented only 2 percent of the company’s workforce and Google admitted it fell short of its diversity goal.

In one small step to grow those numbers, this summer 25 students from Howard University, the historically black university based in Washington, D.C., will train at the tech giant’s headquarters in Mountain View, Caif.

With Howard West, as it’s being called, Google believes it can meet that goal faster, says Bonita Stewart, the company’s vice president of global partnerships.

“We have the opportunity to be able to build a qualified pipeline of talent across the black community,” she says.

The pipeline, or the pipeline problem, is an idea commonly held in Silicon Valley that there just aren’t enough blacks, Latinos and women with computer programming skills to fill jobs.

The 25 students at Howard West will be mentored by Google engineers and get regular classroom instruction from Howard professors.

Howard and Google plan to train 750 students over five years and will open the program to students from all historically black colleges and universities, or HBCUs. Wayne A.I. Frederick, Howard’s president, says this is an important step, “but I think just as important, will be exposure to the culture here.”

Frederick heard from alums working in the industry, who said they felt Howard prepared them technically, but not culturally, to work in Silicon Valley. There’s the management style, which values collaboration over hierarchy, the importance of networking and, of course, how to dress.

“So, for instance, I’m dressed in a suit and tie, and I haven’t seen anybody else in a suit and a tie,” he says, jokingly. “So that’s one example to just being exposed to that culture.”

Christian Simamora, of Code2040, a nonprofit dedicated to increasing the number of blacks and Latinos in the tech sector, applauds the opening of Howard West. He’s concerned, though, that the narrative will become, “there’s a pipeline problem,” he says.

“We would hire more black engineers if we could find them,” Simamora says, mimicking a common refrain from tech companies. “The fact of the matter is the talent is there.”

Simamora points out that about 18 percent of computer science majors in the U.S. identify as black or Latino, but they represent only 5 percent of the technology workforce. He says the problem is with recruitment.

“Many of the top tech companies aren’t even recruiting at the HBCUs — Howard, Spelman. All these schools have CS programs.”

So why aren’t big tech companies recruiting at HBCUs?

“I can’t speak for those companies,” he says. “But what I find interesting is that tech disrupts; tech hiring does not disrupt. It does not question what came before it.”

Simamora says many tech companies continue to focus their recruitment efforts at a few schools, like Stanford, Harvard and MIT – the Massachusetts Institute of Technology. Considering that, Simamora says the opening of Howard West at Google is disruptive and might force the tech industry to start acting differently.