CHARLOTTE, N.C. — Toni Valentine, a third-year law student, wanted to know if her school, Charlotte School of Law, was going to close, but it was not telling her.

So, she took an overnight bus last month from here to the Education Department in Washington. “I was exhausted and dressed in sweats, and dragging my suitcase,” Ms. Valentine, 30, said. “But that didn’t stop me.”

After hearing her out, officials at the agency later that day sent her and other students an email explaining that closed-door negotiations to restore the law school’s access to federal loans had broken down.

The for-profit school, with hundreds of students, remains in business, even without the lifeline of federal student aid. It is counting on the Education Department under the Trump administration to reopen the loan spigot that the agency turned off last month after the American Bar Association, the law school accreditor, found that the school did not satisfy its admissions and curriculum standards.

Schools have to be accredited for their students to qualify for federal student loans, a source of funding that most law students rely on to pay six-figure tuition costs.

Charlotte Law’s struggles and its dispute with the government highlight the questions being raised over for-profit law schools and the sky-high amounts that students are borrowing for their education. Law school debt alone, when counting interest, has risen to about $175,000 per student, said J. Jerome Hartzell, a lawyer in Raleigh, N.C., who has studied the debt issue.

“It would require an income of over $122,000 to be able to afford just the interest on a student loan of that size,” Mr. Hartzell said. “Most North Carolina lawyers don’t earn that much.”

The Obama administration cracked down on for-profit schools whose students did not graduate or failed to pay off loans after earning degrees that had little value in the job market. Charlotte Law found itself among them, the first law school to have its federal student aid severed.

Its problems have placed greater scrutiny on the A.B.A. and its accrediting arm in their role as watchdog for legal education.

“The system we have now was designed for times when schools were flush with students and cash, and accreditors just had to make sure those were used well,” said Rick Bales, a professor at Ohio Northern University’s law school, and its former dean. “It was not designed for crises, and there is more than one law school now facing problems.”

Critics of Charlotte Law say it has enticed unqualified students. Many graduates, they say, have racked up considerable debt but failed to find higher-paying legal jobs. According to A.B.A. data, only 26.3 percent of recent Charlotte Law graduates had full-time jobs that required passage of the state bar and another 10 percent were in jobs where a law degree was preferred.

As federal law school debt mounts, discontent with the accrediting process has been building. Last summer, Education Department officials asked bar accreditors why so few graduates of low-performing schools had found bar-required employment. According to a transcript, when asked how many law schools had lost their accreditation for low bar passage rates, the A.B.A.’s answer was none.

A recent review of the 205 accredited law schools, by the nonprofit Law School Transparency, found that 51, including Charlotte Law, were in the “extreme risk” or “very high risk” category for graduate success.

Still, the A.B.A. has been reluctant to clamp down on schools. On Monday, its delegates defeated a measure that would have required law schools to shorten the period that graduates have to pass the bar. Opponents, including the National Black Law Students Association, successfully argued that restricting the period to two years after graduation would disproportionately affect schools with heavier minority enrollments.

Some of those schools, like Charlotte Law, promote themselves as providing opportunities for students who might not be able to attend law school elsewhere. Charlotte Law says it has offset lower admissions scores with preparatory classes, a second “fresh start” if there is a first-time failure to pass classes and intensive bar preparation. Its first-year attrition rate is 49 percent, according to A.B.A. data.

In recent weeks, the school’s enrollment plunged by half or more, to between 250 and 300 students (it did not provide an exact figure), a situation that Charlotte Law’s president, Chidi Ogene, a former Wall Street lawyer, blamed on federal officials. 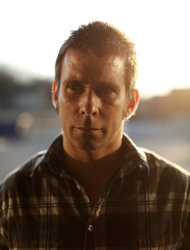 Some students, like Jason Merritt, are trying to transfer elsewhere. He will have to take on more debt to complete his degree.

“They harmed students by cutting off student loans only days before school reopened,” he said in an interview at the school’s gleaming glass and steel high-rise. That, he said, was “an unprecedented and precipitous position.”

He added, “We have been working on our academic admissions indicators, restructured our curriculum, rescinded some acceptances and are improving our comprehensive approach to bar preparation.”

Mr. Ogene said the school was seeking to reverse the aid cutoff decision so it could receive payment for the second semester of tuition for students who qualified for federal student loans, and had a disbursement last fall. The Education Department declined to comment.

Mr. Ogene was a former general counsel for Infilaw Holdings, a group based in Naples, Fla., that operates Charlotte Law as well as the for-profit schools Arizona Summit Law School and Florida Coastal School of Law.

Florida Coastal is partnering with Charlotte for an A.B.A.-required teacher partnership. If approved by the A.B.A., the arrangement would provide instruction to current students. It would also shore up the teaching ranks; Charlotte Law recently let go about a dozen professors, including its clinic teachers, some of whom have accused the school of not paying the severance that it owes them.

Any new arrangement would have to battle Charlotte Law’s recent poor record of bar success. In July only 45.2 percent of its graduates passed the North Carolina bar, which is necessary to practice as a lawyer in the state. In an expletive-laced recording, aired last month by the National Public Radio station WFAE, in Charlotte, a Charlotte Law official said that its July 2015 bar pass rate would have been in the low 20-percent range if the school had not convinced struggling students to defer taking the exam.

Charlotte Law students, who take on a median $162,000 in debt, according to the school’s website, say they are afraid and divided over what to do. Some, like third-year student Jason Merritt, of Pensacola, Fla., are trying to transfer elsewhere. But most law schools accept only 30 transfer credits; students nearing graduation typically have over 70 credits.

Losing the credits — the work and money behind them — would be a blow, Mr. Merritt, 39, said. He and his wife, Danielle, are expecting a baby in six weeks.

“This was a complete surprise,” Mr. Merritt, a military veteran, said. “One day, I logged in and found out the school was on probation. We had no idea.” The couple are paying rent and expenses with her student loans — she will earn a graduate degree in May from a nearby school — but their debt will rise significantly because they will need to borrow more money for Mr. Merritt to complete his law degree.

“It’s a giant mess right now,” said Mr. Merritt, who has joined in a federal lawsuit seeking class-action status, on grounds that Charlotte Law misled students for months by not coming clean about its accreditation shortcomings.

Other students, like Octavia Cannedy, from St. Petersburg, Fla., have decided to stay enrolled. She said she expected to receive a law degree in May.

“It’s been unsettling,” said Ms. Cannedy, whose goal is to practice patent and food and drug law. “But I know the school has been giving opportunities to students who do not have the opportunity to go elsewhere.”

The teaching arrangement with Florida Coastal is planned to last through 2019. However, a spokeswoman, Victoria Taylor, said the school would not be admitting students for fall 2017.

Florida Coastal, however, is also on the list of extreme risk law schools. Even so, the proposed teaching arrangement would leave Charlotte Law’s doors open. By cutting costs, paring faculty numbers and jettisoning clinics and other programs, it could emerge from its turmoil relatively intact if the federal government allows student loans to flow again.

If there is no reprieve, the school could see its student body dwindle enough to substantially lower the school’s legal liability for student debt. If it does close, enrolled students like Ms. Cannedy and Ms. Valentine, who made the trip to the Education Department, could be eligible to have loans for their entire tuition discharged.

That is little consolation to Ms. Valentine, who continues to take classes in the hope of earning her degree in May.

“We were sold a dream,” she said. “This is affecting real lives.”