Some members of the elite legal community are making an unusual appeal to one of their own, asking that he speak out against the White House’s attempt to restrict travel to the United States by people from several predominantly Muslim countries.

A group of 27 former associates from the law firm Sullivan & Cromwell sent a letter on Thursday to Walter J. Clayton, who is known as Jay, a Sullivan & Cromwell partner and President Trump’s nominee to become chairman of the Securities and Exchange Commission.

In the letter, the group urge Mr. Clayton, whose Senate confirmation hearings are set for next week, to publicly denounce Mr. Trump’s proposed travel ban.

The former Sullivan & Cromwell lawyers ask that Mr. Clayton speak out during his confirmation hearings and stand up for the legal profession by “unequivocally opposing” the president’s executive orders and “the unlawful, cruel and shameful actions of this administration.”

Mr. Trump has issued two such orders, the first of which suspended entry to the United States by individuals from Iran, Iraq, Libya, Somalia, Sudan, Syria and Yemen, and the second removing Iraqi nationals from the list.

Mr. Clayton is a longtime partner Sullivan & Cromwell, which is known for its representation of Goldman Sachs and major financial firms. As the president’s choice to lead the S.E.C., he has come under scrutiny over whether he will use his experience to protect investors or to loosen regulations that have constrained Wall Street activities in recent years.

The former Sullivan & Cromwell lawyers ask that Mr. Clayton join those in the legal profession “who have stood, and will continue to stand, in defense of those targeted at the order of the president you are about to serve in the courts, in the streets, in the airport terminals in New York City, Washington, D.C., Chicago, Los Angeles, San Francisco and elsewhere.”

“The S.E.C. does not make immigration policy, but if one is confirmed by Congress, you are an important member of the administration,” said Chiansan Ma, one of those who signed the letter. Mr. Ma. a legal services lawyer, left Sullivan & Cromwell last year. 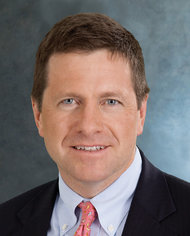 Mr. Clayton’s office did not immediately respond to a request for comment. Mr. Ma said that those who signed the letter were not criticizing their former colleague, but were appealing to him “from a place of respect.”

The former associates, none of whom worked directly with Mr. Clayton at the firm, write that “by observation and reputation each one of us regards you as a person of professionalism and integrity and as a leader of the firm, our profession and our community.”

But, they note, they have felt “growing alarm” over the Trump administration’s “actions and statements” regarding the travel ban, and they cite “disturbing reports and allegations regarding the implementation” of the executive order.

The group says their concerns include reports that officials “have detained individuals to whom the United States has already granted legal permanent residency; that they have pressured holders of lawfully issued U.S. visas to waive their rights under those visas and leave this country under threat of deportation; that they have barred detainees from speaking with legal counsel; and that they have acted in contempt of federal court orders to desist.”

Even the revised executive order, the letter says, “will continue to cause needless confusion, suffering and fear.”

And that, the letter says, could include “members of the legal profession seeking to join U.S.-based firms such as Sullivan & Cromwell.”

Large international firms like Sullivan & Cromwell hire lawyers from around the world, but the president’s executive orders have cast doubt on the ability of some foreign-born lawyers to work in the United States, the letter says.

“Law graduates who have offers of employment at U.S. firms fear they will be unable to practice in the United States,” said Mohammad H. Fadel, a former Sullivan & Cromwell associate who signed the letter.

Mr. Fadel, now an associate professor at the University of Toronto Faculty of Law, said some of his students with employment offers in New York are citizens of countries identified in the executive orders, such as Syria and Iran.