Oil fell by as much as 2 percent Thursday, and according to one trader who closely follows the charts, there could be even more pain to come.

“The problem is [oil has] spent a lot of time consolidating around this $52 to $55 area now,” Todd Gordon said Thursday on CNBC’s “Trading Nation.” “So we’ve been rejected [from a breakout above $55] for probably the fourth time now,” said the founder of TradingAnalysis.com

Not only that, but according to Gordon’s chart work, oil is running into some technically perilous prices, hitting “uptrend support” levels that had been in place since the middle of last year. Thursday’s drop put oil dangerously close to falling below that support level.

Technicians often look at support levels as catalysts for moves. Gordon predicts that if oil falls below that level, it could unleash a torrent of additional selling. 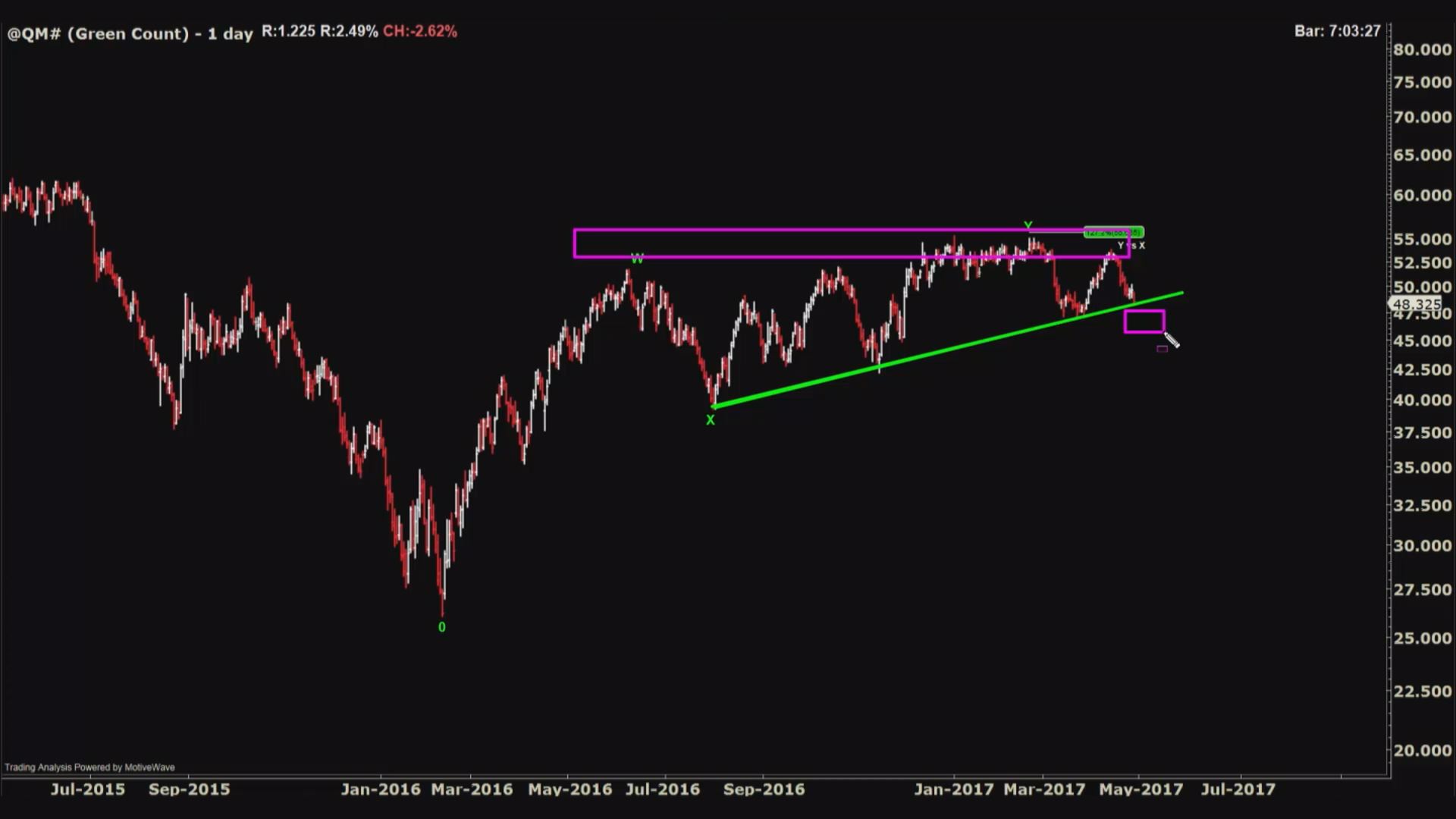 But aside from the weak technicals in the chart of crude, Gordon also sees weakness in an oil-related market: the oil services stocks. Looking at a chart of the oil services-tracking ETF (OIH), Gordon says that the chart for OIH points to even more downside than that of oil.

“You can see how the rally back in this stock has been less significant than that of the crude oil market,” said Gordon. “Further, we’ve already broken uptrend support, so the oil services are actually outperforming the underlying crude futures on the downside.”

In other words, unlike crude, OIH has already broken below the uptrend “support” line that had been in place since January 2015, and OIH could tumble back to its mid-2015 lows at around $25. 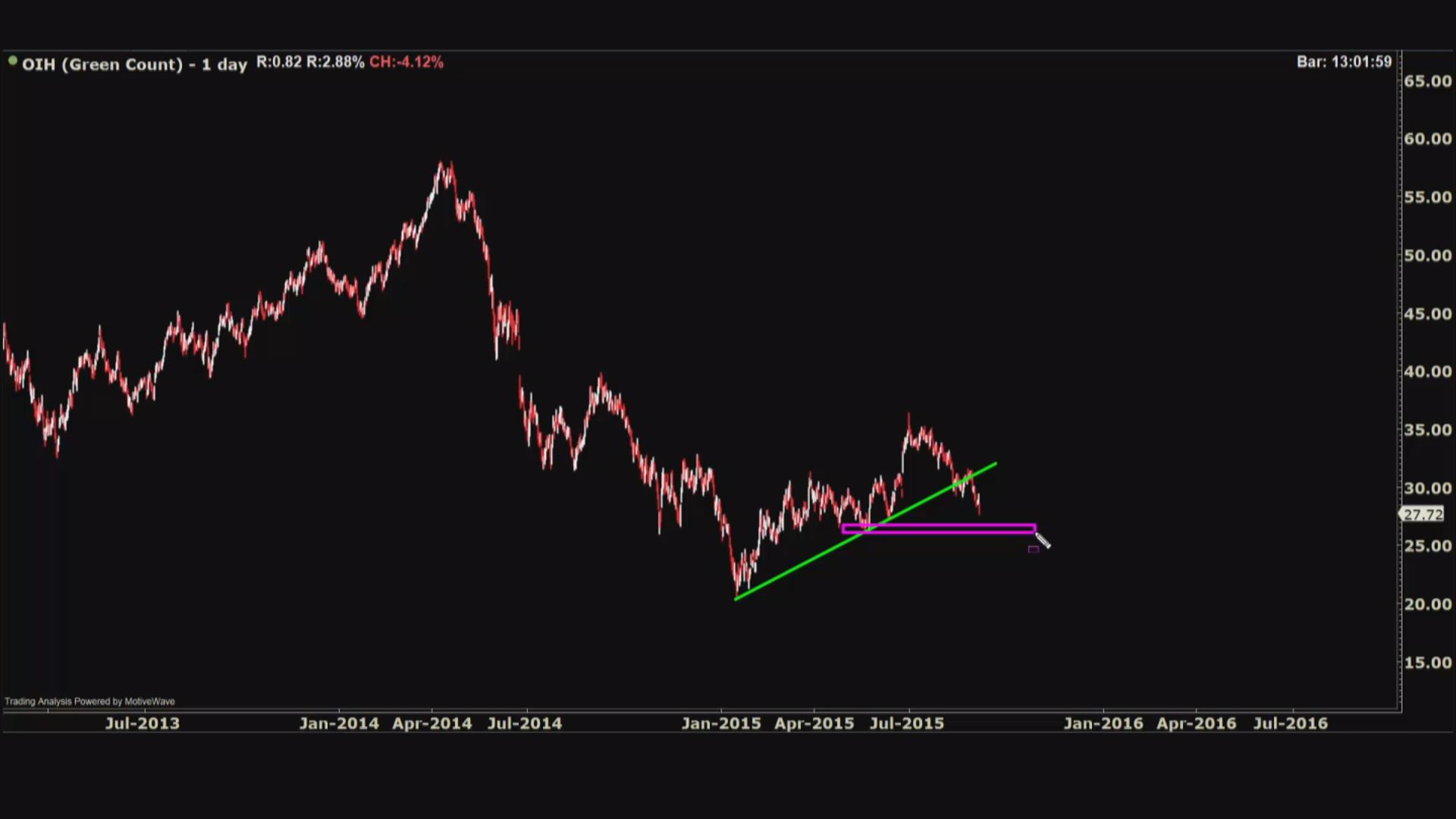 Furthermore, Gordon points out two big names in OIH, Schlumberger and Halliburton, whose charts show “head and shoulders” patterns that suggest a move down.

Oil did manage to regain some of its Thursday losses by midafternoon. OIH, however, was still down about 3 percent on the day.