Cleveland Police Seek Suspect After a Killing Seen on Facebook

The police in Cleveland were searching for a suspect after a man was fatally shot on Sunday in an act that was broadcast live on Facebook and viewed thousands of times before the video was removed.

In a separate video — on a Facebook account under the name Stevie Steve — the gunman claimed he had killed 15 people.

Police officials confirmed that a body had been recovered after the shooting video was posted on Facebook around 2 p.m. Sunday, but Chief Calvin D. Williams of the Cleveland Police said at a news conference that investigators knew of no other killings. 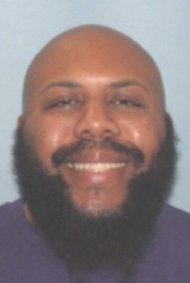 The suspect was identified as Steve Stephens. In a video posted on the Facebook account of Stevie Steve before the shooting, a man was shown holding an ID card, with the name Steve Stephens, from a mental health clinic where he claimed to be a case manager. By late afternoon, the videos had been removed from Facebook and the account was deactivated.

As the manhunt proceeded, the Cleveland news media broadcast Mr. Stephens’s description: African-American, 6-foot-1 and 240 pounds, and he has a full beard. The authorities said he was driving a white or cream-colored Ford Fusion. “We need to bring this to a conclusion today,” Chief Williams said.

He appealed to Mr. Stephens to surrender peacefully to either the police or to a clergy member.

Chief Williams said the F.B.I. and state and county law enforcement had joined his department in a search for Mr. Stephens that now extended beyond Cleveland. He said investigators had already pursued hundreds of leads, but there had not been a sighting of the suspect since the shooting.

In the minute-long shooting video, a driver pulls up close to an older man on a sidewalk. The driver asks the man to say a person’s name, then pulls out a gun and shoots him. Afterward, the victim can be seen lying on the sidewalk, with a streak of what appears to be blood near his head.

The police identified the victim as Robert Goodwin Sr., 74, and said that he was shot at random.

In the video after the shooting, the gunman pledges to kill as many people as he can: “I’m about to keep killing until they catch me.”