App Smart: Of Thousands of Apps Tested, These Endured

The apps business is sometimes like the fashion industry: Fads sweep in and disappear just as fast.

Yet a handful of the 3,000 or so apps I have tested over the years have true staying power, changing over time but remaining either fabulously useful, well designed or the best in class. With App Smart ending with this final column, here are the apps that have persisted on my home screen for the better part of five years.

Photography is a big hobby of mine, and the 360 Panorama app has been on my phone since it was released. This clever app combines data from a phone’s movement sensors with a sequence of photos taken as you slowly spin around on the spot. The app then stitches together the photos into one final image that represents the entire spherical view of place you were standing.

You can save this image as a long, flat 2-D picture, or you can press a button inside 360 Panorama and it creates an eye-popping circular image that looks fantastic on Instagram, Facebook and elsewhere. The app can capture stunning vistas of landscapes or buildings, and guides people through the process of capturing the 20 or 30 photos needed to cover the field of view. It is $2 and is iOS-only.

I also like Photo 360 by Sfera on Android. It has 360-degree imaging powers similar to those of 360 Panorama, though it is not quite as flexible when it comes to displaying the final images. Still, it has a neat feature that lets users take a 360-degree photo of an object, meaning you can immortalize a friend from every angle, or perhaps digitize a statue. This app is free. 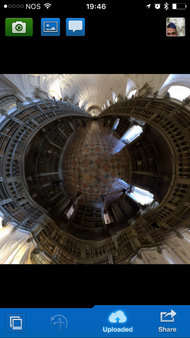 Among the thousands of photo-effects apps over the years, I love the transformation applied by TinType, which costs $1 for iOS devices. This app turns your 21st-century digital photos into faux 19th-century black-and-white ones, complete with artificial defects. The results can be amazing. 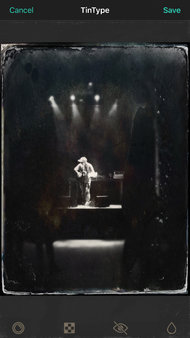 TinType transforms your smartphone photos into faux 19th-century black-and-white ones.

No phone home screen would be complete without gaming apps, which is one of the most competitive and whimsical sections in the app stores. Suddenly, everyone seems to be playing that one popular app — and then the next week, it is gone. (Remember Flappy Bird?)

But some game apps persist. My children have long endorsed Roblox, an online game full of user-generated content and puzzles, with graphics that may remind you of the blocky pixels of Minecraft. It is free for iOS and Android.

My favorite games apps over the years also include Jet Set Willy ($2 on iOS) a re-creation of a gaming classic from the early days of home computing, and Tiny Wings ($1 on iOS), a cute, casual game that puts you in control of a bird that can swoop rather than fly. 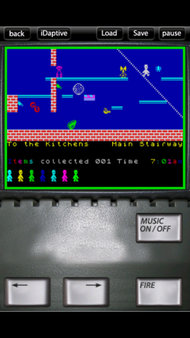 Jet Set Willy is a modern adaptation of a classic computer game from 1984.

But in the end, I keep coming back to Angry Birds. This iconic game, where birds take aim at pigs, seems to capture the whole smartphone gaming genre perfectly. It requires just a little bit of attention and delivers big satisfaction when you finally blow up those dastardly green pigs. Angry Birds Star Wars (free on iOS and Android) is my go-to edition because it combines some zero-g physics effects with images and characters from the famous science fiction movies for which it is named.

Smartphones are valuable tools as well as entertainment devices, and the Evernote app illustrates the usefulness of your small pocket computer. This free iOS and Android download is an advanced note-taking app, but it also handles tasks like making to-do lists, jotting down agendas and making sketches. There is even a powerful document scanning option, to make your home or office a little more paper-free.

The app is flexible and has excellent search powers and an intuitive user interface. More powerful features are available at a price, from $4 monthly to $70 annually, depending on your needs. The app has evolved over the years and has many rivals. OneNote is an excellent option (free on iOS and Android). Evernote has been criticized as being buggy and sometimes for posing potential privacy problems, but on the whole it is still best in its class.

The TED app (free on iOS and Android) has also stayed on my phone for years, always ready to serve up a fascinating and educational TED Talks video when I have a free half-hour. Sleep Cycle (free on iOS) has been a longtime companion, too, waking me at a more comfortable moment in my sleep cycle and helping me avoid the horrid lurch one sometimes gets with a timed alarm. Even though Apple has now built in some sleep systems into iOS, I still use Sleep Cycle because it has more features and has stored my sleep history.

Last, because I have a terrible memory for music, Shazam (free on iOS and Android) has been prominent on my phone’s home page for years, always ready to identify a song.

And with that, I encourage you to keep exploring the app stores. But remember to put your phone down sometimes — there is no app for real life.