A Wall Won’t Secure the U.S.-Mexico Border, but Economic Policy Could 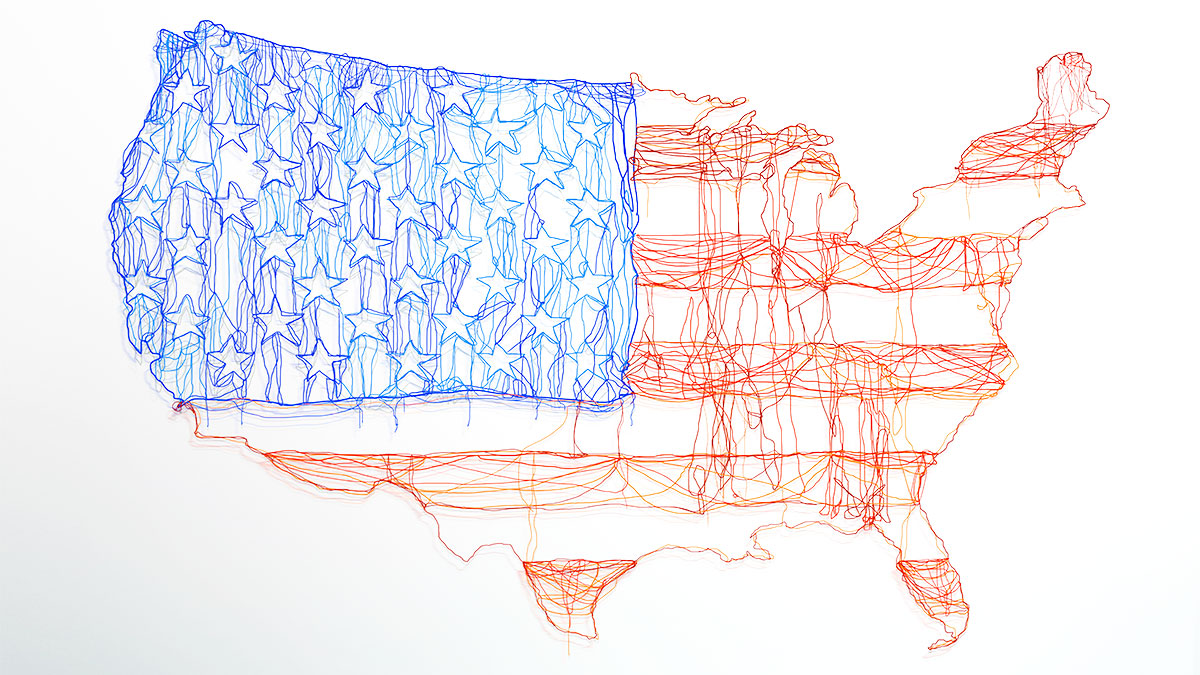 President Trump campaigned on a promise to “build a great, great wall on our southern border.” After he was inaugurated as president, his administration said it was considering taxing imports from Mexico to cover the estimated cost of $21.6 billion. (That Department of Homeland Security estimate is roughly double Trump’s price tag of $8–$12 billion; others peg the cost much higher). Many economists were quick to note how such a tax would raise the cost of Mexican goods in the United States and violate Trump’s other campaign promise to “make Mexico pay.” In practice, Americans would pay twice: up front for the wall, and again in the form of higher prices for Mexican goods.

It’s not realistic to erect a physical barrier and to shove the costs on a top trading partner without weakening your own economy and putting in jeopardy the 1.1 million American jobs that depend on that trade. But we could use economic forces, rather than flying in the face of them. What the United States needs are smart economic policies that disrupt the market forces that are currently driving undocumented immigration.

A Wall Would Hurt American Pocketbooks

Never mind the cost of the wall. Forget how taxing goods coming across the border would raise prices. Put all that aside. Even if a wall appeared out of thin air, without a dollar being spent, it would still cost Americans money.

Here’s how. Those who cross the border without documentation and work as farm laborers play an outsize role in American food production. The H-2A visa program allows agriculture producers to bring workers into the U.S. for seasonal work (like picking strawberries). However, no similar legal channel is available for sourcing year-round work (like milking cows) that many Americans are unwilling to do. This helps explain why more than half of all U.S. farm laborers are in the country without legal documentation.

If a wall magically appeared on the U.S.-Mexico border, farmers who currently rely on undocumented immigrants would lose access to that labor supply. Those producers would face higher labor costs and potential production disruptions. That means higher prices for milk, meat, and other foods. The same goes for construction and other industries where large numbers of undocumented immigrants find work.

A Wall Could Actually Make the Border Less Safe

So Trump’s wall would cost Americans, but at least the border would be secure, right? Unfortunately, the economics of border control suggests that a wall could actually make the border less secure. Migrants routinely pay thousands of dollars to “coyotes” to guide them across the border illegally. Many of these coyotes are freelancers, shoestring operations that survive in the marketplace thanks to the U.S.’s (literally) low barriers to entry.

Trump’s aim is to raise those barriers. But, as any econ or MBA student knows, higher barriers to entry can actually be good for business. That’s true especially for the deep-pocketed firms — here, the Mexican cartels — that are able to invest sufficiently to overcome them. A border wall could thus create an opportunity for the cartels to monopolize the business of undocumented immigration, padding their pockets while also tightening their grip over the border regions.

Other Economic Solutions to Consider

A better way to secure the border is to reduce demand for undocumented immigrants. How do you do that? Allow foreign laborers who are needed in the United States to enter legally. Once work can be had legally, the price that people will pay to cross illegally will plummet. Coyotes will see demand for their services dry up. The U.S. Border Patrol can then focus on stopping more dangerous criminal activity.

Effective immigration reform would ensure that needed workers can enter the country legally to match the existing demand for such laborers. But it’s not enough simply to open a new legal immigration channel — employers and immigrants must choose to use it.

Currently it is very convenient to hire undocumented labor because there is a good supply of these workers actively seeking jobs. Employers therefore have little incentive to use a legal process. In this scenario, the country could remain stuck in a situation where a legal immigration process exists, but migrants continue to enter the country outside of that process because employers keep hiring them — and employers keep hiring undocumented immigrants because there are plenty around to meet their needs.

In game theory, this sort of situation is known as a “chicken-and-egg problem.” Fortunately, game theory provides a way to crack such strategic challenges: by incentivizing either side to “move first” in choosing legal over undocumented immigration.

To Force Employers to Move First, Create an Economic Incentive

Suppose that Congress passed an immigration reform package that not only created a new legal channel for needed foreign workers to enter the country but also included robust monitoring and penalties for employers who continue to hire undocumented immigrants. So long as the legal immigration process is sufficiently convenient, American employers would have an incentive to look first for immigrant labor through the new legal channel, to avoid the risk of being penalized for hiring illegal labor. Knowing that employers are actively looking for legal immigrants, foreign workers would then have an incentive themselves to look for legal work rather than entering the country outside of the proper channels.

Individuals sent more than $130 billion from the United States to other countries in 2015. The vast majority was remitted through electronic transfer despite substantial fees charged by the leading provider, Western Union (typically on the order of 5%–10%). Right now, legal and undocumented immigrants pay the same fees.

But what if those in the United States (from any country) without documentation had to pay an additional surcharge on their remittances? Anticipating that they would not be able to send as much money home, prospective immigrants would have less incentive to enter the country outside of the legal process. Knowing that fewer immigrants are entering the country outside of the legal process, employers would have more incentive to make the necessary arrangements to bring in legal immigrants for those jobs that Americans turn down, including helping with the costs associated with securing the necessary documentation.

A natural concern with this idea of taxing undocumented immigrants’ remittances is that those currently in the U.S. under these circumstances will be harmed. They will no longer be able to send as much money home.

Fortunately, there are ways to mitigate this harm. One is to allow those currently in the U.S. without documentation to enter the legal immigration process without first needing to return home. In the long run, immigrants will be better off as more legal jobs become available. They would no longer face a dangerous journey across the border just to find work.

A surcharge on undocumented immigrants’ remittances would be difficult to implement. Workers in the U.S. without documentation could try to evade this new fee by finding someone with legal status to send their money for them. (They might also turn to mobile payment services such as M-Pesa and alternative currencies such as Bitcoin that are even more difficult to monitor than electronic transfers.) To deter such “surcharge evasion,” monitoring and enforcement efforts would be required. Even so, such efforts would likely be far easier, and far cheaper, than building and maintaining a multibillion-dollar wall.

By applying economic principles wisely, the government could secure the U.S.-Mexico border without harming American businesses or consumers — and without Trump’s wall. In so doing, it could also make life better for people looking for work in the United States.