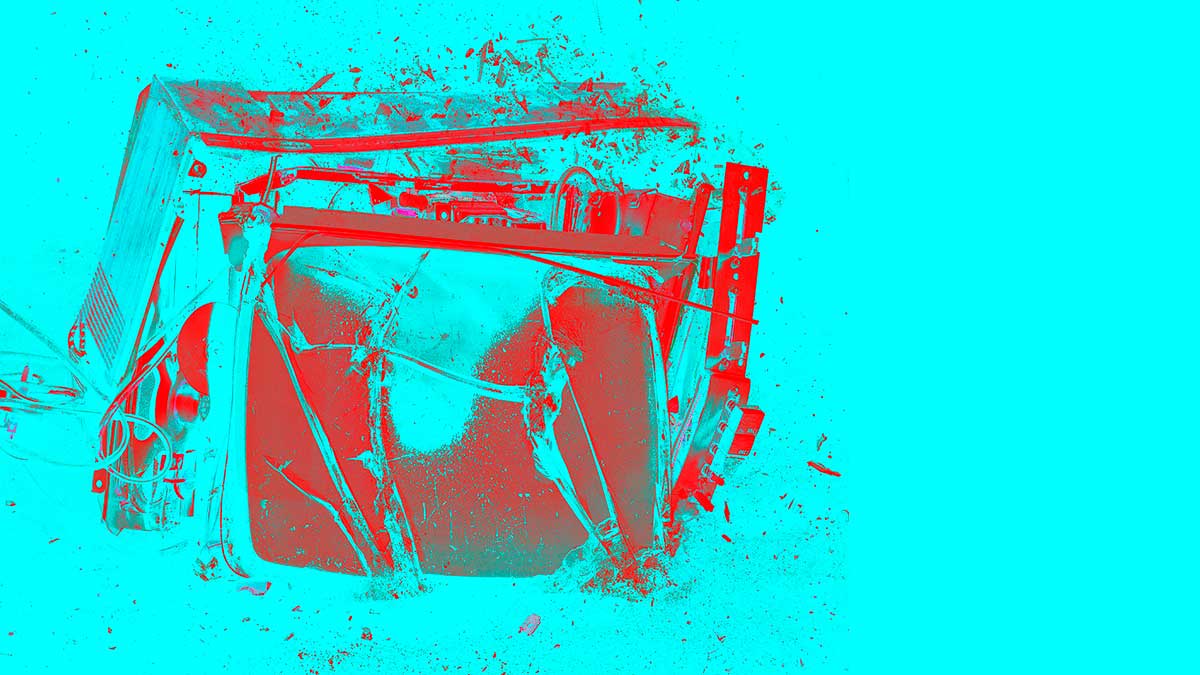 Everyone knows that whispering “I love you” to someone you just met over some bangin’ beats in the club at 3 AM stands no chance of success. Similarly, suspect claims of honesty or authenticity in business will likely be heavily discounted as cheap talk by a skeptical counterpart. So why make these overtures? Because while the upside is limited, the cost isn’t just cheap, it’s nil; give it a try and hope there’s someone out there who’ll believe you. The challenge facing sellers of some genuine product — be it true late-night love or a Tiffany necklace on eBay — and the buyers in search of them is to prove that they’re not just full of empty words.

This is where Super Bowl ads come in. Airtime during the game is, of course, fantastically expensive. So why do companies bother buying it? For the same reason that gang members get face tattoos: to prove that they’re in it for the long haul.

The classic formulation of this idea comes from Michael Spence’s PhD thesis, published in 1973, which helped win him a Nobel prize, in 2001. The thesis focused not on clubs or ads, but on how good workers reveal themselves as smart or dependable.

In Spence’s formulation, hiring a worker is essentially a spin of the roulette wheel: Depending on what comes up, you might get a conscientious, productive worker or an incompetent, shirking one. There are plenty of steps that employers can and do take to make the hiring decision less of a gamble. They may consider, consciously or not, whether the applicant is short or tall, black or white, male or female. Based on prior experiences or stereotypes they’ve formed, recruiters may make a judgment of what the applicant would probably be like once he starts showing up for work. Whether it’s legal or moral (or even correct), we judge people based on all sorts of characteristics that a person is essentially born into.

Then there are the choices we make in presenting ourselves to a prospective employer: Short or tall, black or white, male or female, you need to decide whether to wear a suit or jeans, or to show up clean-cut or shaggy, or covered in tattoos. On your résumé you can choose to offer up your undergraduate GPA, and mention that it was from an Ivy League institution, or you can avoid saying much of anything about your education.

You might counter that lots of these aren’t exactly choices: Harvard chooses you, not the other way around. That’s correct, sort of. But think of it this way: The cost of adding a credential to your résumé or presenting yourself in a particular way at an interview is higher for some applicants than for others. In a sense, the “cost” for many of getting into Harvard and making it to graduation is just not within the realm of possibility. But for the candidate with the right characteristics – drive, conscientiousness, intelligence — it may not be that difficult to apply, get in, and coast through whatever the Harvard curriculum might throw at them.

In Spence’s model, the attributes that make it relatively easy to get a Harvard degree are the same characteristics that make for a productive employee. If that’s the case, then companies will do well to hire Harvard math majors, even if no one learns anything of practical use, or even any math, at Harvard. In contrast to telling a recruiter, “I’m smart,” a Harvard math degree is not something that less-able applicants can mimic or would even want to, because the cost is too great. It is a “signal,” in economics parlance.

Stripped to its essentials, the Spence signaling model simply requires that there be a link between a desirable yet hidden attribute and the cost of doing something. And that something can be anything, as long as everyone knows it’s cheap for the smart and virtuous to do it, and difficult for anyone else.

For companies, one way of sending a strong signal of commitment to the long run would be to convert the company’s savings into hard currency, cart it out to the street, and put a lit match to it. Only a company that expects to do repeat business with lots of customers is going to be willing to pay this up front “money-burning” cost.

If we don’t see many companies lighting cash-fueled bonfires, economists have argued they do the equivalent — both more credibly and more publicly — through advertising. In a classic article on advertising as money burning, “Price and Advertising Signals of Product Quality,” economists Paul Milgrom and John Roberts describe a 1983 ad announcing the introduction of Diet Coke: “a large concert hall full of people, a long chorus line kicking, a remarkable number of (high-priced) celebrities over whom the camera pans, and a simple announcement that Diet Coke is the reason for this assemblage.”

They also give the example of an even more literal take on advertising-as-pointless-destruction in a Ford Ranger ad from 1984 that “features these trucks being thrown out of airplanes (followed by a half dozen skydivers) or driven off high cliffs.” In both cases the ad is a deliberate act of pointless excess and waste — money burning.

Milgrom and Roberts, in substantiating their analysis of product launch ads as money burning, observe, “These ads carry little or no direct information other than that the product in question exists. But if that is the message being sent, these ads seem an inordinately expensive way to transmit the information. Indeed, the clearest message they carry is, ‘We are spending an astronomical amount of money on this ad campaign.’” The lavish destruction of value is the only way the signal can’t be copied by someone who doesn’t really have the money to burn.

Signaling can produce perverse incentives that can cause those without the hidden quality to try to fake it. That might help explain why, in the year 2000, 19 internet startups spent millions buying advertising time during the Super Bowl. It’s also telling that eight of the 19 — including, famously, Pets.com, with its sock puppet mascot — no longer exist. Ironically, their efforts to signal they had the deep pockets and quality offerings that would allow them to survive the internet’s winner-take-all economy may have helped to drive these big spenders into bankruptcy. You might think that such a failure rate would discourage a repeat, but the trend continues: During the 2015 Super Bowl, startups including Wix.com (a company that helps users build websites) and Loctite (a glue maker) spent $4.5 million each for a 30-second spot. This year, the price has gone up to $5 million.

Signaling is a useful theory for helping us understand why getting a face tattoo is a great decision if you want to show everyone — your rivals, the police, potential employers — that you’ve thrown your lot in with your gang forever. But it’s harder to come up with a signal of your own to show some hidden, but valuable, quality. And even if you have the ingenuity to figure out a strong signal, like Ford burning money on an ad buy, you have to have customers who are smart enough to understand what, by driving a bunch of trucks off a cliff, you’re trying to tell them.