20 Surprising, Bizarre and Delicious Fast Food Items From Across the Globe

This article is updated continuously as new offerings are announced.

If you’re traveling abroad and need a taste of home, take note: from McDonald’s to KFC to Dunkin’ Donuts, fast food eateries from across the globe take a slightly different approach to their greasy cuisines.

Check out these 17 fast food items that will either make your mouth water and/or your jaw drop. 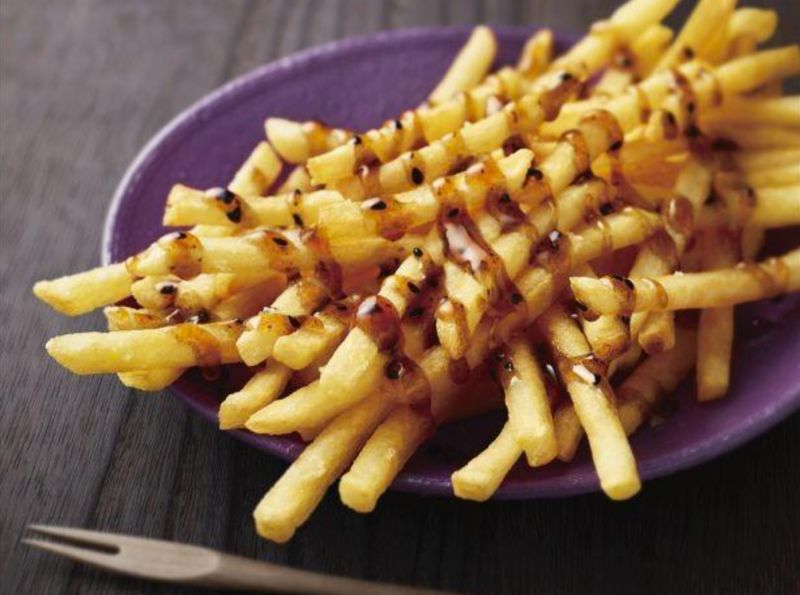 Fast food companies around the world cater to the tastes of local cultures. In Japan, McDonald’s will be rolling out its new “Japanese Style French Fries Candied Sweet Potato Flavor” next week.

The new fries feature a special sweet black sesame sauce drizzled on top that apparently tastes like sweet potato. This type of “candied potato” flavor is popular in Japan and referred to as “university potatoes” because the dish got its rise among college students in the early 1900s.

If you’re in Japan and want to check out the new dish, you better hurry — these fries will only be available for a limited time. 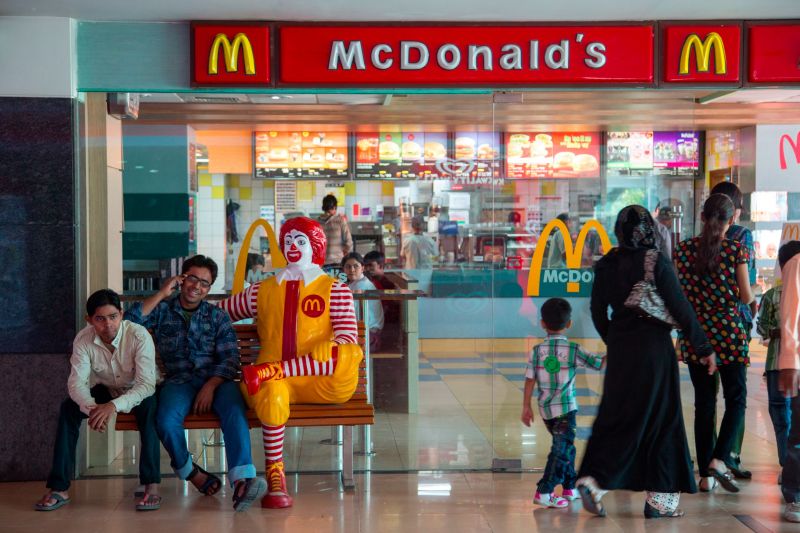 The fast food giant has released a new customized breakfast menu in locations throughout India that incorporates traditional Indian tastes.

The new menu, which will begin rolling out in January of 2017 will feature items and delicacies such as the “masala dosa burger” (a pancake stuffed with vegetable and potato filling), “anda bhurji” (scrambled eggs cooked in masala) and “molaga podi” (a spice powder with sesame seeds and lentils). 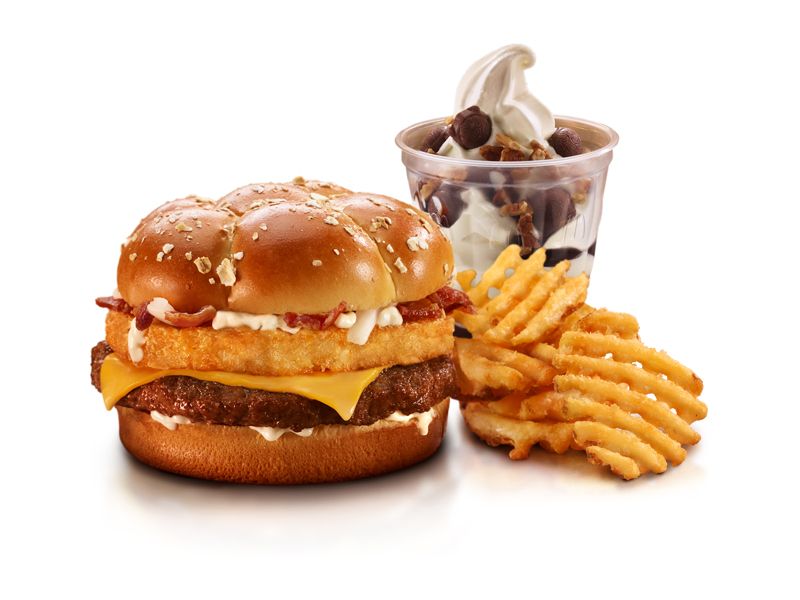 In the Fall of 2016, our neighbor to the north announced a burger with a hash brown patty, bacon, cheddar cheese and a cheese sauce, served with waffle cut fries and an ice cream sundae with caramel turtles on top. 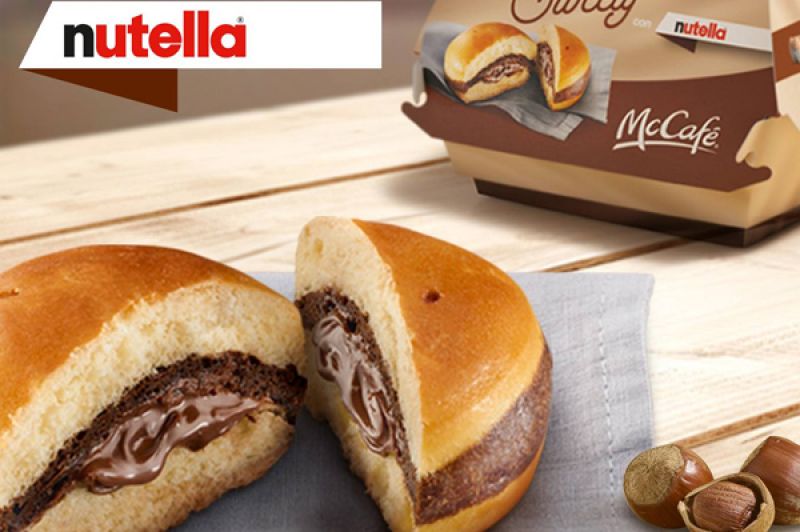 In Italy, McDonald’s announced a new treat in Fall 2016 called the “Sweety con Nutella.” It’s two sweet rolls with a helping of the chocolate hazelnut spread, which actually originates from Italy. 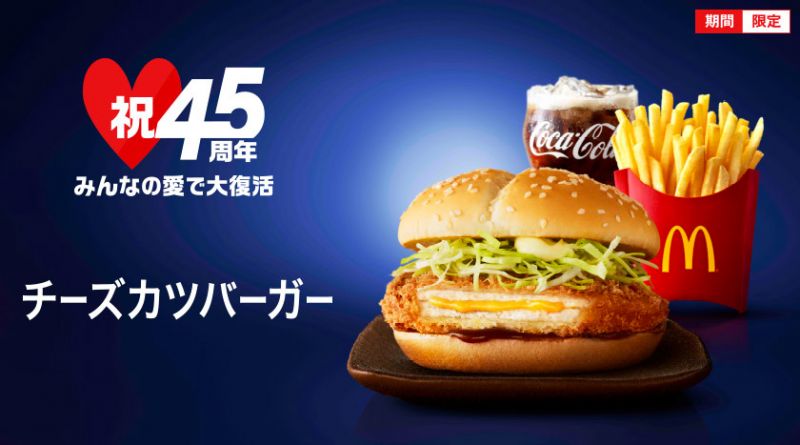 This Cheese Katsu Burger from McDonald’s was released for a limited time in Fall 2016. It featured traditional pork katsu — a breaded and deep fried patty — nested between two sesame buns.

But that’s not all — what would this McDonald’s item be without an American twist? We’re talking cheese, of course. The pork katsu cutlet is fried and oozing with cheese on the inside and also topped with cabbage and mayo. 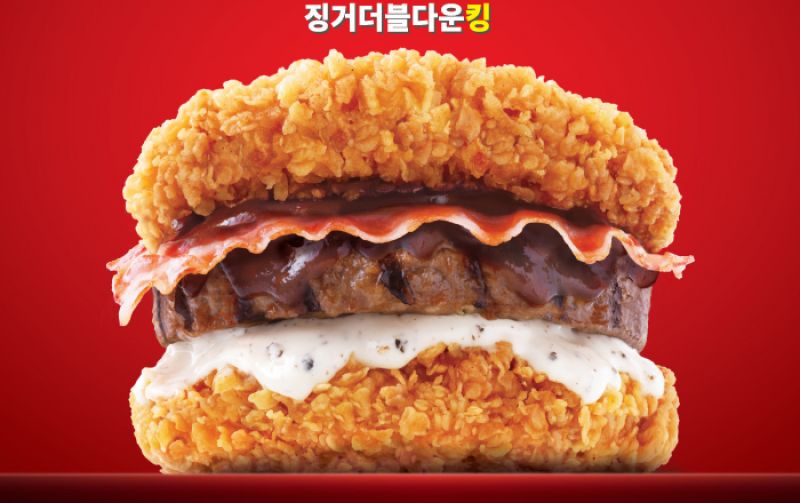 Forget about your typical Double Down, KFC in Korea has taken things to another level. The Zinger Double Down is a burger topped with bacon and cheese that sits between two fried chicken fillets drenched in barbecue and white pepper sauce.

If that won’t make your heart stop — we’re not sure what will. 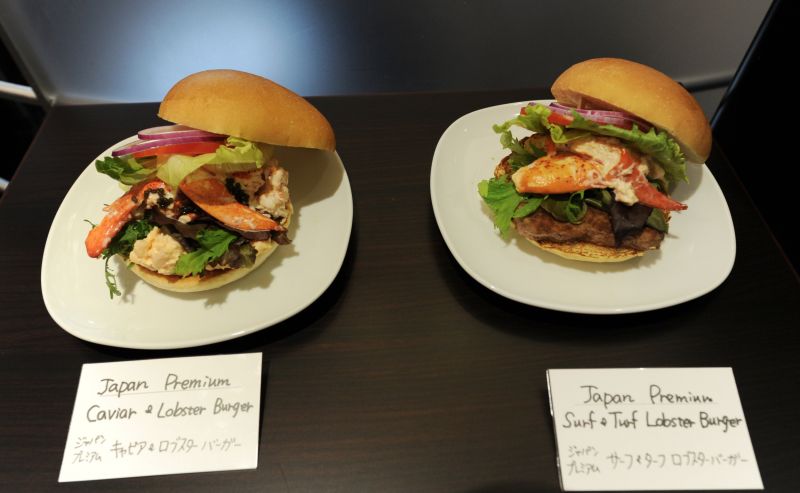 Wendy’s in Japan takes things up a notch by turning your fast food experience into fine dining.

For a limited time, Wendy’s Japan offered luxurious items such as a Lobster Surf & Turf Burger and the Premium Caviar & Lobster Sandwich.

In the past, the eatery’s menu also offered a Foie Gras Burger smothered in goose liver and truffles sauce. The item was only available for a year and later removed from the menu in 2012. 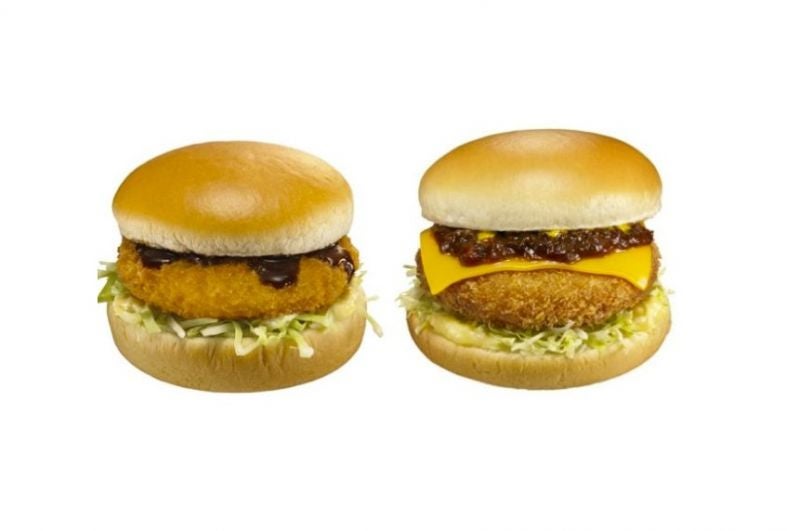 Like Wendy’s, McDonald’s also likes to test funky products on the Japanese market. Take the Gracoro Burger, for instance. It features a patty filled with macaroni, shrimp and white sauce with a breadcrumb crust. The patty is topped with cheese and “demi-glace” sauce and sandwiched between buns. 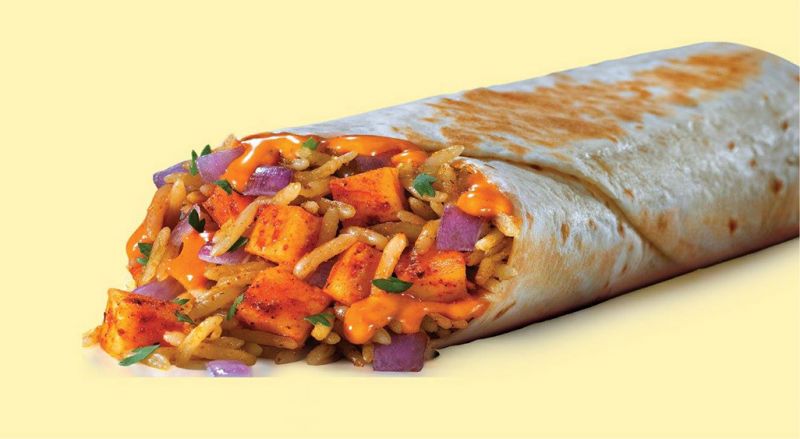 In India, many customers don’t go to Taco Bell for a Mexican-style Burrito. Instead, Taco Bell locations offer takes on the country’s traditional items, such as a Chicken Tikka Masala Burrito or rice bowls adorned with a variety of spices. 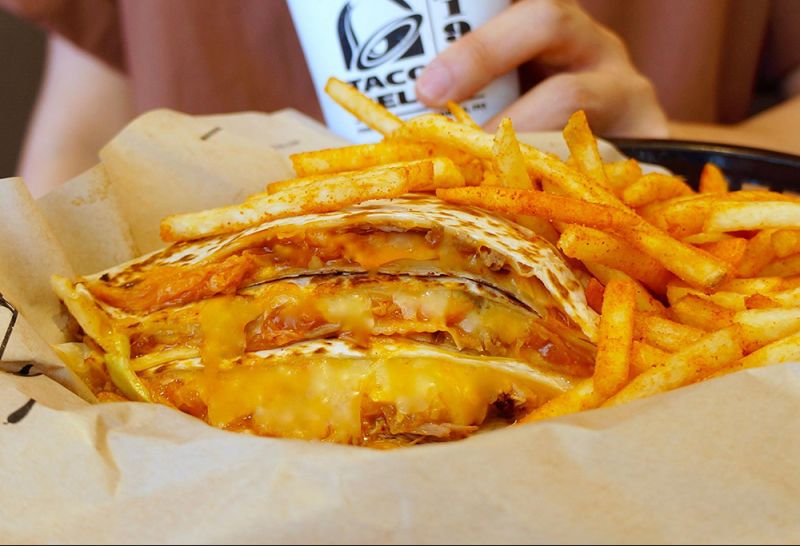 Since its release in the summer of 2016, this mashup has been a surprising hit at Taco Bells in Korea, making up some 10 percent of the restaurant’s sales in the country.

The Kimchi Quesadilla combines the traditional Korean dish with the Bell’s chicken and cheese Quesadilla. 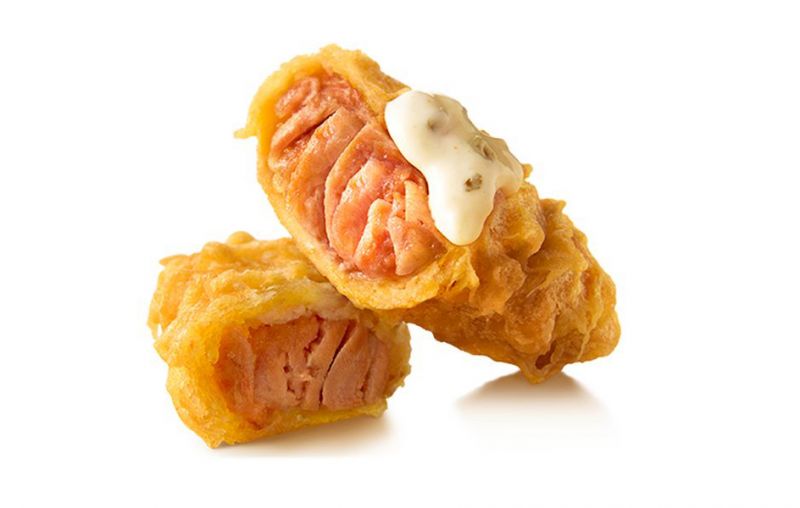 Move over fried chicken — at KFC, Deep Fried Salmon was a hot commodity. The name says it all: the dish is simple fried salmon with your favorite KFC dipping sauce. 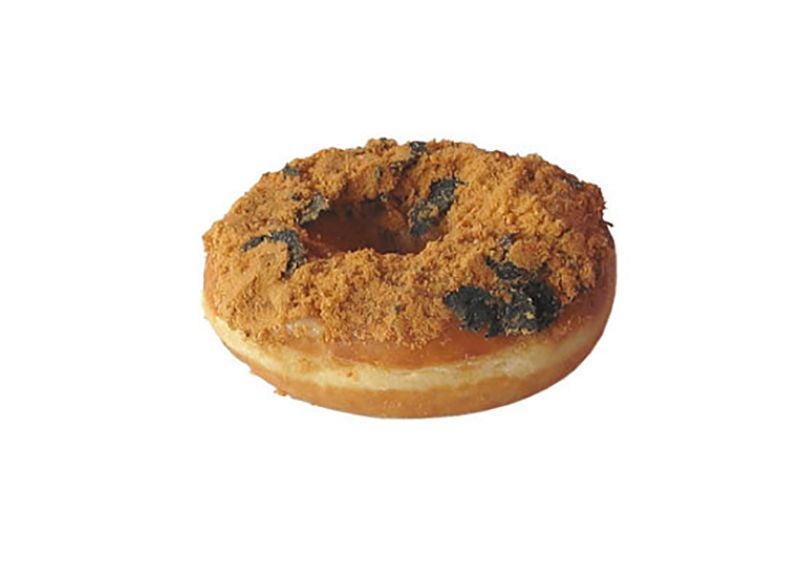 Forget about sprinkles and chocolate — in China, Dunkin’ Donuts takes a saltier approach: the Pork and Seaweed Donut is exactly what it sounds like. 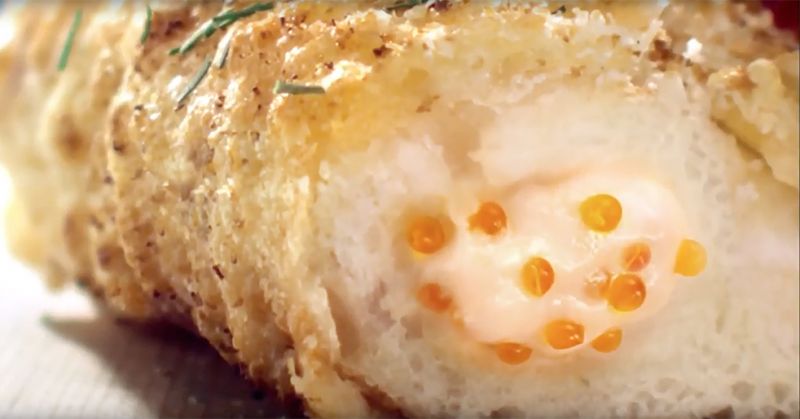 In America, we think Pizza Hut’s cheese-filled crusts are bizarre — but maybe this item will make us think twice. 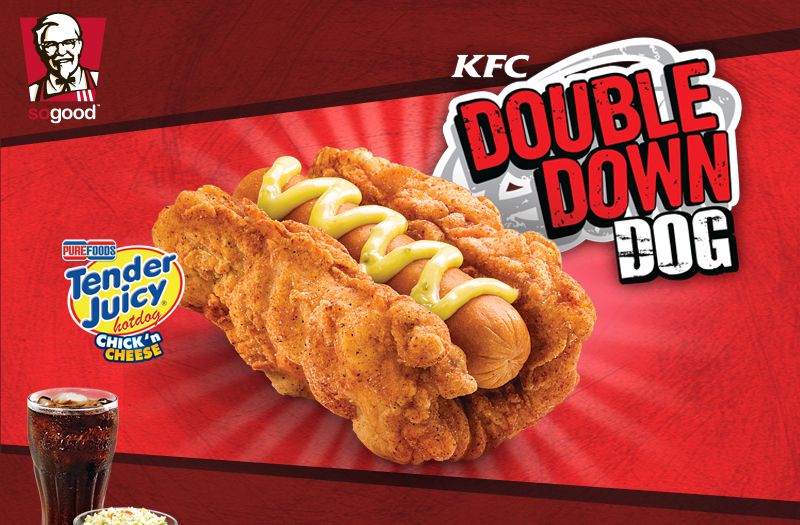 In January of 2015, KFC lovers hurried to try KFC’s craziest concoction. With only 50 served at participating stores in the Philippines, patrons clamored to get their hands on the Double Down Dog — a hot dog wrapped in a fried chicken bun. 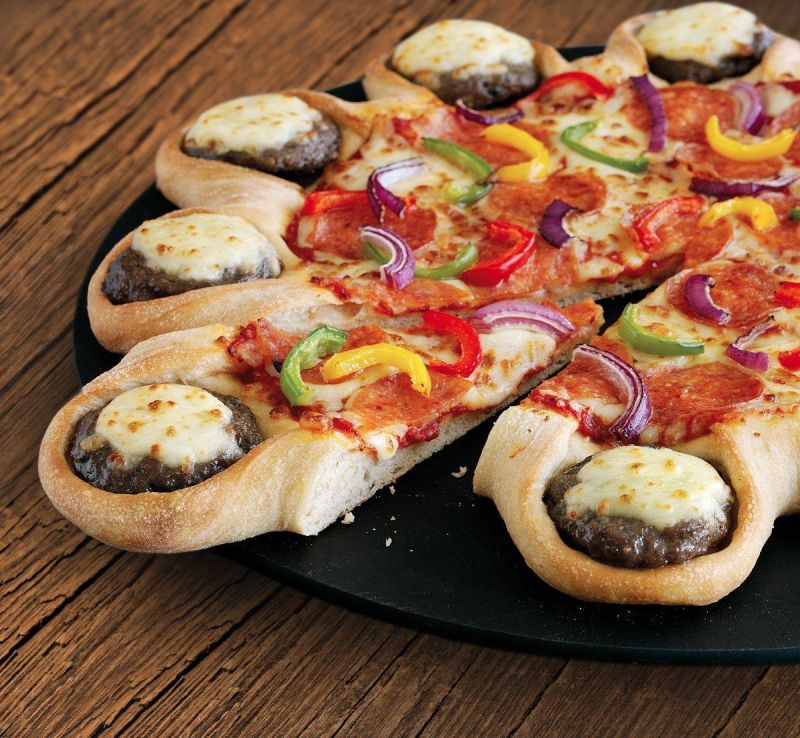 Here’s a solution to all you indecisive eaters.

Can’t decide between a pizza or a cheeseburger? At Pizza Huts in the U.K, you can order your pizza with a Cheeseburger Pizza Crust. The 2,000-plus calorie dish initially debuted in pizza huts in the Middle East and has since expanded north to the U.K. 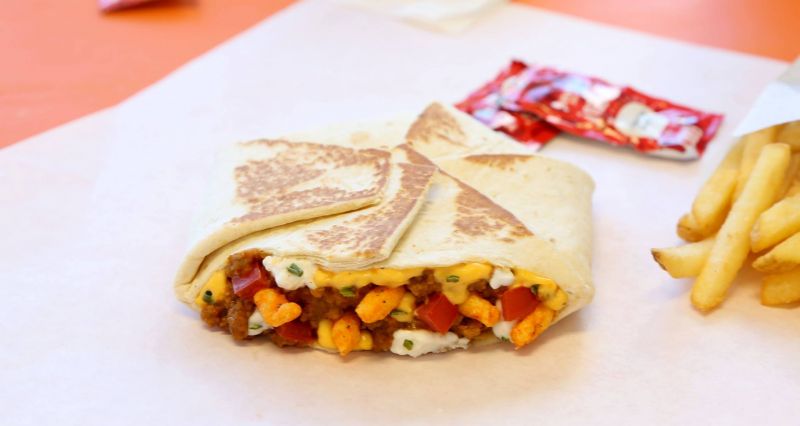 Although it has yet to make its way to the American market, Canadian Taco Bells released a Cheetos Crunchwrap Slider for a limited time last March.

A junk foodie’s dream, the new item comes in three flavors: Beefy Cheddar, Spicy Chicken and Supreme — all of which are infused with Cheetos, of course. 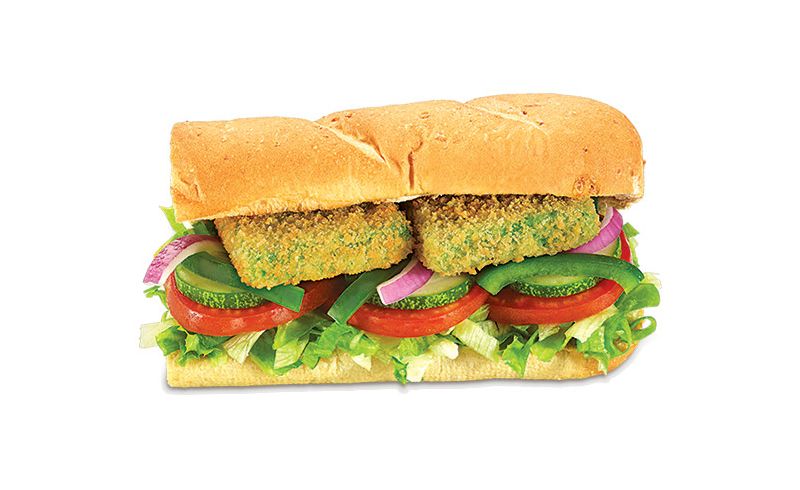 To replace meat for the country’s large population of vegetarians, Indian Subways offer a variety of alternatives — one of the most popular being the Green Peas Patty sub. 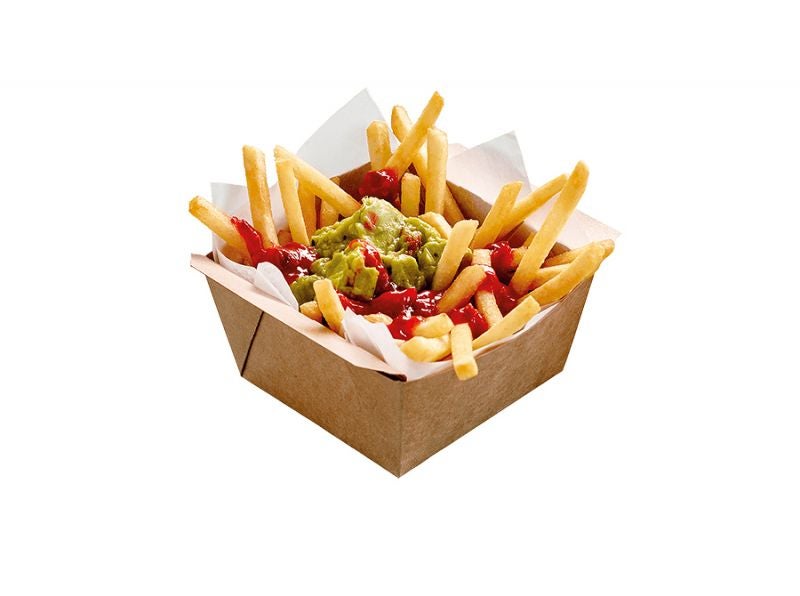 Now this one might get your mouth watering. McDonald’s famous fries got even better Down Under. With the option to add toppings to “Loaded Fries,” customers can enjoy fries topped with cheese and bacon or guacamole and salsa. 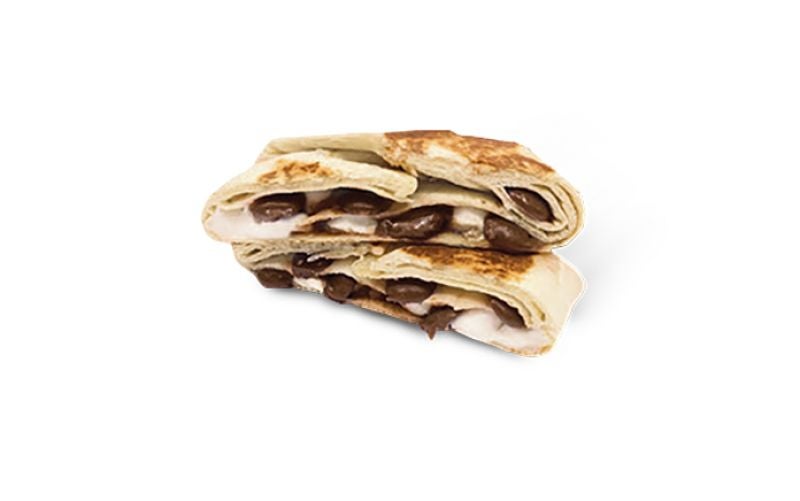 If you have a sweet tooth, Taco Bell in Spain has the perfect thing: the Choco Marsh is a tortilla filled with chocolate and marshmallow. 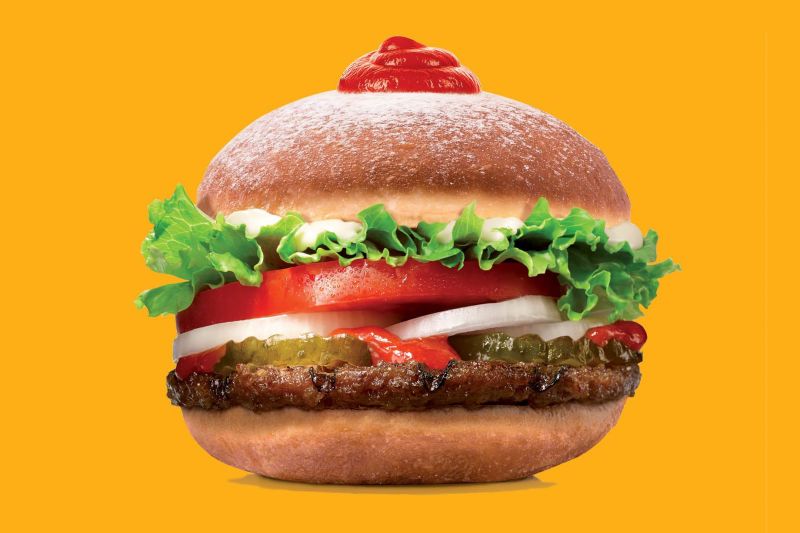 Burger King kept it kosher and festive in 2016 with its seasonal Hanukkah burger, offered in locations throughout Israel. The Whopper is called the SufganiKing — a spinoff of the Hebrew word “sufganiyah,” which is a festive jelly doughnut fried in oil and topped with powdered sugar. However, this item is more savory than sweet. It contains all of the ingredients of a traditional Whopper (except the cheese, of course, because meat and milk can’t mix per kosher guidelines) between two halves of fried dough.